You are here: Home / iPad / How Long Do iPads Last? 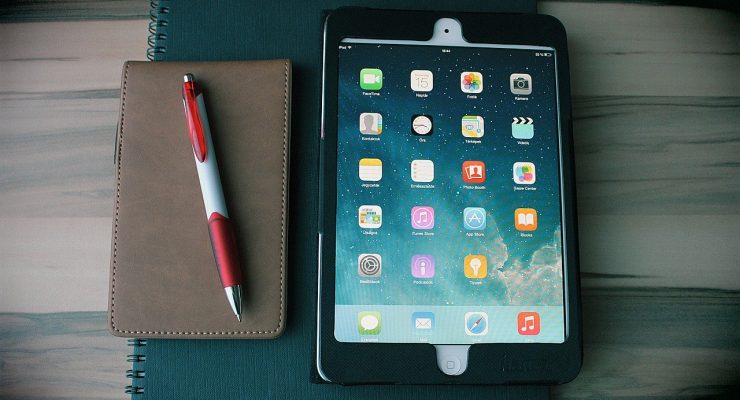 Getting a brand new shiny iPad can bring so much excitement to one’s day. However, not to dampen the mood, but an iPad – or any other device for that matter – won’t last forever. If we’re all being honest here, an iPad can cost quite a lot and one would want to keep it in pristine condition as long as possible.

If you’re curious usually how long iPads last, give or take 4 years would be a good estimate, according to Asymco mobile analyst Horace Dediu. Then again, they have been known to last for years more.

While this definitely isn’t a long time, there are ways for you to protect your iPad and prolong its lifespan. Of course, you need to make sure that both its hardware and its software remain in good condition. There are two things to avoid if you don’t want to shorten the lifespan of your iPad.

One, turn off the notifications for apps that you don’t really need. You may not notice it but some of those notifications may not actually be relevant to what you want to be updated about. In fact, some apps even take advantage of these notifications to advertise features instead of giving you the necessary updates. These notifications can actually drain your iPad’s battery life.

Two, if you’re someone who frequently forgets your iPad in the car, this is something to take note of. Your iPad’s lifespan can be greatly affected by the temperature of its environment. You can’t leave it in freezing cold temperatures or in a very hot environment. Doing this often may slowly kill your iPad for good.

Aside from avoiding these two, here are also some tips on how you can make your iPad last longer.

Make sure your software is up to date.

One of the most important things to do to keep your iPad from lagging sooner than it should is to keep your software up to date. Apple launches software updates every so often and your iPad would usually notify you when an update is available. These updates are released not only to fix bugs but also to improve your device’s overall performance. Plus, they also sometimes come with new features that you might enjoy and make your life easier.

Hence, installing these software updates ensures that your iPad gets to perform at its best. It also enables your device’s operating system to run much smoother and faster. In case you don’t want to keep manually updating your software or you’re afraid that you might miss it, you can allow your iPad to update automatically when there’s one available. If you enable the Automatic Update feature, your iPad will install available updates overnight.

Remove unused apps every so often.

Aside from disabling unnecessary notifications, another way to prolong your iPad’s lifespan is to remove apps that you don’t use anymore. If you’re like most people, you sometimes download certain apps that you want to check out. You may open it once or twice and then never open it again. You won’t even notice that it’s still on your device even after a long time has already passed.

Now, you might think that leaving unused apps on your iPad might not have any effect, but it actually has. For one, it takes up space on your device that you can use for something else. Also, having so many apps on your iPad can actually affect its ability to work at peak performance. And the main thing is, you don’t even use these apps anymore! It’s unnecessary clutter that impedes the overall performance of your iPad.

So how do you address this? Just delete unused apps from your iPad, of course! How often? If you really want to make sure that your iPad remains alive for as long as possible, maybe delete unused apps once a month or two. This prevents your iPad from running slow and sluggish, which in turn might make you think that it might be dying soon. If you’re a forgetful person, maybe you can set a reminder to clear out unused apps every so often.

Add a keyboard and trackpad to your iPad.

What if you’ve had your iPad for quite a while and you still want to prolong its life? Some people even deal with broken or cracked screens and still want to continue using their iPad. If you find your iPad slowing down in terms of touch interactions, you can opt to switch to a keyboard and trackpad. This tip only applies to iPads running iPadOS 13.5 or later. That way, you can still get to use your iPad for longer.

Even if your iPad isn’t showing any glaring sign that it’s about to die, you can still apply this tip to your device. In fact, if you’re currently using a newer iPad Pro, the best keyboard-trackpad you can get for your device is the Magic Keyboard. This will make your life so much easier, especially if you use your iPad Pro for work, too.

At the end of the day, all types of gadgets do meet the end of their life after some time. The most important thing is that you were able to maximize its life and its features the best way and for as long as you can.