You are here: Home / iPad / American Airlines To Start Deploying iPads To Pilots 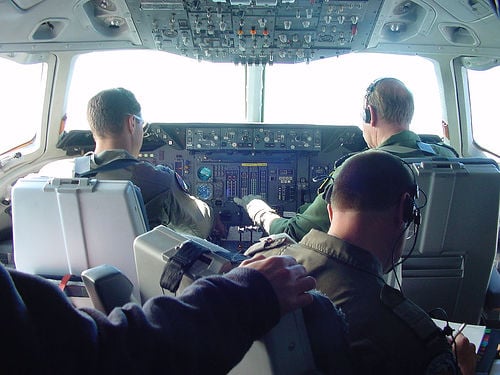 The iPad is getting a more prominent role in the aviation industry. American Airlines just announced that its pilots will now be using iPads in all “phases of flights.” The carrier is the first one to be given the authorization by the Federal Aviation Authority to use iPads for flights.

With the authorization given by the Federal Aviation Authority, iPads will now be taken on board starting this Friday. No, the iPads will not be replacing any kind of sensitive aviation equipment on board the plane, instead it will be used as a replacement to the paper-based flight bag, the traditional flight manuals that has all of the information that a pilot needs like navigation charts and also exhaustive details on how to operate the plane the pilot is handling. The first iPads that will be used for this purpose will first appear in American Airlines’ B-777 plans. After this initial deployment it will eventually be made available to all airplanes in the American Airlines fleet.

The use of an iPad for this purpose is quite ingenious because it makes accessing large amounts of data more easier. Other airlines like United Airlines, Alaskan Airlines and commercial companies like UPS are also realizing the convenience of going high tech. In fact, United and Alaskan have already applied at the Federal Aviation Authority as well to be given the same privilege as American Airlines.

American Airlines gained the privilege of having its application approved because the company conducted thousands of hours of tests with the iPads. It was actually brought with various flights and the results logged and studied.