You are here: Home / iOS / Starting a Protest with YouMap: The Social Mapping Network for iOS 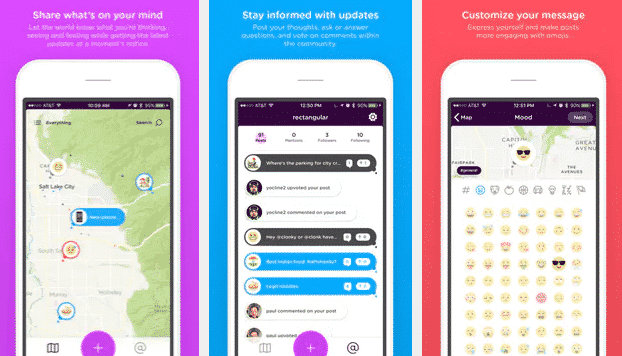 YouMap is a mapping software developed for the social media age on iOS. Users make location-based posts on the ground to voice their opinions and observations, influencing events around them. Think Google Maps, but interactive and constantly evolving in real-time.

Just as individuals posted the location of spontaneous protests during the Arab Spring, YouMap users may find themselves causing an unexpected ripple effect when they announce an event, vent their opinions or even review their lunch.

Users can quickly become citizen-reporters and shape world history by posting as events develop – think protests for example. Posting on the ground spreads news and helps cut through the noise of re-reported information in the digital age. A built in channel feature also helps mobile users to hone in on particular subjects and chat in further depth or fuel hype for events or trends.

“The last revolution was tweeted,” commented YouMap’s CEO,  Stephen Constantine, on Product Hunt. “The next revolution will be mapped.”

Although inspired by the use of social media during the political uprisings of the Arab Spring, the platform can be used for a variety of purposes from the trivial to the serious.

The human atlas can be used to spread opinions, whether it be for a local restaurant/bar, or a live music performance. MapEmojis and Moodmaps help express opinions in just a few words to prevent the cluttered social media coverage often seen with platforms such as Twitter. 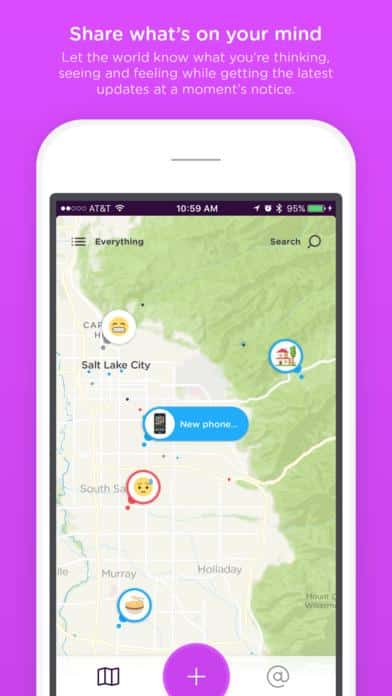 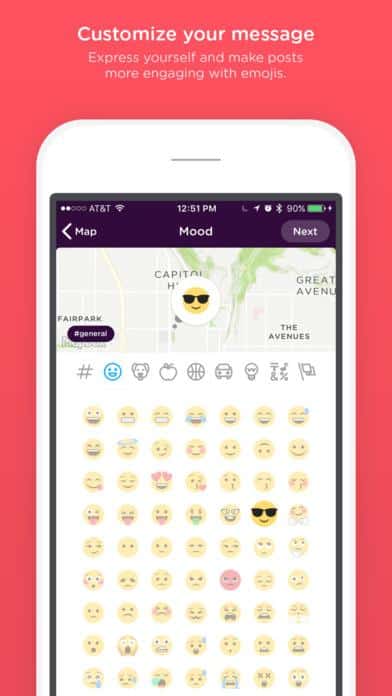 It is no coincidence that an increasing number of social media platforms are including location options in posts; posting in a location-based context is sometimes far more intuitive.

This is particularly prominent today as individuals increasingly utilize the internet to make decisions on a real-time basis. If you feel like eating out and are not sure where to go, seeing a post on a nearby pizza promotion might be handy. Equally, seeing that there are huge delays on the metro when you are not sure which transport method to take, might convince you to take the bus.

The mapping platform also mitigates the concern of privacy with its anonymous posting function. If you are worried of percussions for broadcasting a political event, or just generally wear of your level of public exposure online, remaining anonymous could be an enticing option.