You are here: Home / iOS / Use Your iPhone as a Bitcoin Wallet: The Top 5 Options 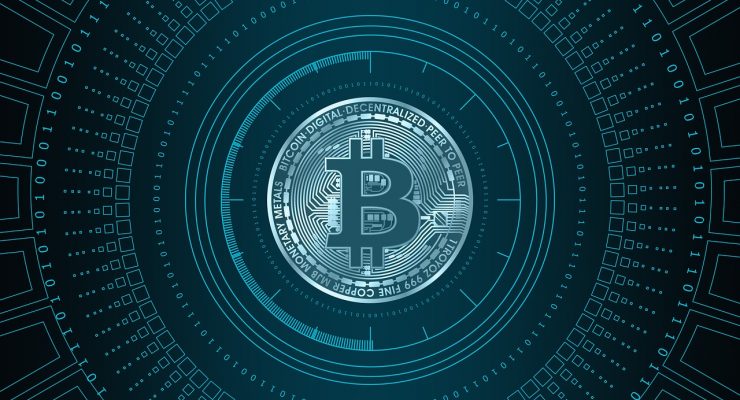 Some people say that storing bitcoins is the hardest part. All the events that have occurred over the past few years –  exchange platforms getting hacked – have made it unsafe to leave your crypto reserve in your exchange wallet after purchasing them. It is advisable that you transfer them in a wallet where they will be safe from cyber-attacks.

Mobile wallets, as explained at abitgreedy.com, have become a strong option for bitcoin users. They work like the normal web-based wallets for your computers, but they have the added advantage of mobility. You can move about with your Bitcoin thanks to smartphone wallets.

If you use an iPhone or iPad, and you are interested in storing your bitcoin on mobile wallets, then this post is for you. We will look at the best mobile wallets you can store your Bitcoin on your iOS device.

The Best Bitcoin Wallets for iOS for 2018

There are numerous bitcoin wallets available for iOS users – which makes it even harder to decide which one to go for. The similarity in functionality also doesn’t help when making a decision, thus the ones that are most secure and easiest to use even for beginners make up this list. We are going to look at the top 5 Bitcoin wallets for iOS devices, and then you can make a decision which you prefer the most.

This Bitcoin wallet is very popular amongst iOS users. When it comes to buying and selling Bitcoin, Airbitz is excellent. The interface design makes it very easy to navigate and carry out wallet functions. A feature that sets it apart from the rest is the ability to make payment using Bluetooth.

If you want to make use of multiple wallets with different names, then this wallet is an excellent option for you. They take security very seriously, with both 2FA and recovery options available. If you wish to find Bitcoin-friendly businesses, its inbuilt directory helps you find stores close to you that accept Bitcoins.

Formerly called the Breadwallet, Bread has evolved into the most popular iOS bitcoin wallet. It focuses on three main features: ease of use, extensive security, and low transaction fees. Making payments is easy using the Bread app. It has a recovery option built in, which will help you regain access to your account if you lose it.

Since the app works with the Bitcoin network directly, there are no extra fees when you make a transaction. The company has announced that it will soon add Ethereum support on their wallet.

If you want a free Bitcoin wallet for your iPhone, then Blockchain is the right choice for you. All the basic features are available on this mobile wallet, plus it has advanced features such as a PIN security system and a QR code payment system.

The open source nature of the Blockchain Bitcoin wallet means that your transaction codes are made public in case there is need to scrutinize transactions for security or integrity reasons. The exchange rates with fiat currencies are dynamic, thus you know how much you are spending at all times. A unique feature of the app allows you to customize your Bitcoin balance to reflect as Bitcoins, thousandths of Bitcoins (tBTC) or millionths of bitcoins (mBTC). Apart from that, it doesn’t have any other special features, though it is a strong and reliable Bitcoin wallet.

This is another awesome Bitcoin wallet that you can use on your iPhone. The Copay wallet was developed by the payment company BitPay and has all the necessary features that make it function excellently at all times. In addition to that, users from different countries across the globe can use this wallet since it supports multiple languages. Two or more people can manage a wallet, sort of a joint wallet account or as the company described it “joint-checking account”. This feature is unique to Copay.

It is an open source Bitcoin wallet with a very tight security. However, there have been complaints about the high fees incurred when using the wallet.

Coinbase differs from the above-mentioned wallets. Coinbase stores your Bitcoin for you but you can use them anytime you wish. The Coinbase wallet has several benefits that make it unique. For example, you can easily access your Coinbase wallet from a phone or from a computer. As a user, you don’t have to worry when your phone gets compromised since the coins are stored with Coinbase.

The Coinbase mobile app also supports other cryptocurrencies such as Ethereum and Litecoin. In addition, it serves as an exchange, giving you the ability to purchase bitcoin using fiat currencies.

They ensure that every bitcoin is insured while giving you total control of your private keys. Their transaction fees are small for sending and receiving bitcoin.