You are here: Home / Feature / 5 Things You Should Do Before Downloading iOS 6 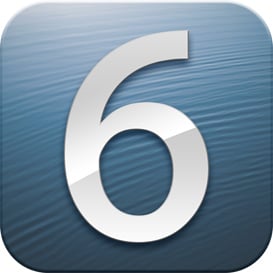 Sometime today, Apple will drop the 6th version of iOS on iPhones, iPods, and iPads everywhere. Before you download that upgrade, here are five important things you should seriously consider doing first.

If you don’t sync your iPhone, iPod, or iPad to your Mac via iCloud, then you should consider this one a requirement — particularly if you have a lot of personal files on your device (like music, movies, pictures, etc.). Connect your device to your computer with your connector cord, fire up iTunes, and right-click on your device’s name in the left-hand column. A new box will appear, and near the bottom, you’ll see “Back Up.” Click it, and let iTunes back up all of the contents of your iDevice. This ensures you won’t lose anything if there should be any problem with the iOS 6 upgrade process. Right after the big Apple event last week, an upgrade for the Mac version of iTunes was made available. This isn’t the major overhaul that was shown off at the event; that’s iTunes 11 and it won’t arrive until late October. The current version is an incremental step up from 10.6 to 10.7, and what it brings is compatibility with iOS 6. So once your iPad, iPod, or iPhone is updated to the new version of iOS, you’ll want your computer’s iTunes to be able to connect to it without any issues. Upgrade here.

It’s always a good idea to install the latest updates for your device’s apps as soon as they become available, regardless. But it’s an especially good idea to make sure you’re up-to-date across the board right now, because most of the app updates going out at the moment provide compatibility with the new features of iOS 6. Kind of a no-brainer, ain’t it?

4. Get ready for Passbook.

Passbook is a new built-in app that comes with iOS 6. It collects all of your customer loyalty cards, coupons, and memberships (such as the frequent-flyer account with your airline of choice, or your Starbucks member account) in a single place. It’s really pretty nifty how it works, because it’s tied in with your device’s GPS. Say you’ve got a Target gift card saved in Passbook; your device will remind you about your gift card right on the lock screen when you walk inside the store. It’s even better for airline ticketing, because not only will it store your boarding pass, it will give you updates in real time should your boarding gate change, or if your flight is delayed, and so on.

To use Passbook, you’ll need to scan or type in your personal account numbers and whatnot, so rather than wait, why not gather those materials now? After downloading and installing iOS 6, everything you need will be in one place and ready to go. Due mainly to Apple’s ongoing cold war with Android, Apple is doing away with the YouTube app that has always come with iOS. The good news: Google knew this was coming, and they’re ready with a proprietary YouTube app of their own. You can download it for free right here. The bad news: it’s not made for iPad yet. An iPad-friendly update is coming, but for now, it’s only for iPhone and iPod Touch.