You are here: Home / iCloud / How iCloud is Moving Forward 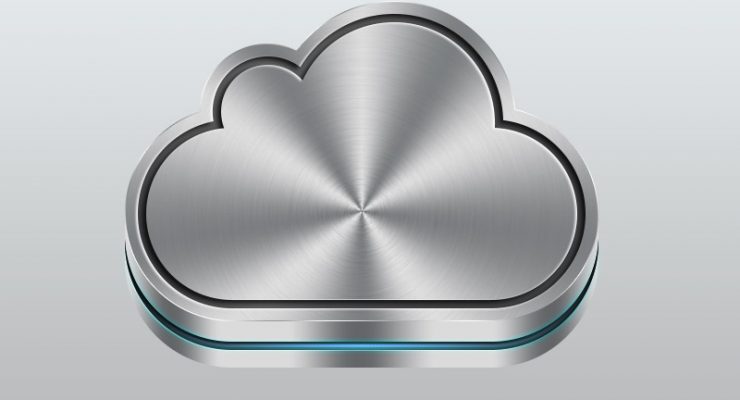 It’s now roughly eight years since Apple first launched iCloud, but the company’s investment in cloud technology is still growing. The reasons are simple. Looking ahead, the future of digital communications, home computing and information technology are going to be on the cloud, one way or another. Apple knows this and is determined to be a major player.

The second reason is that Apple’s sales of physical devices are arguably reaching a saturation point. Although developing countries may still present a growth market, the iPhone is now to some degree ubiquitous. Apple’s other physical products are also already market leaders. Where is there to go? Apps, software as a service, streaming media, and computing on demand are the areas that Apple will be expanding further into over the coming years.

Of course, these are already areas where Apple leads the way, thanks to the huge range of apps and products available. But this sector is changing. It is now less about merely downloading apps and media onto your iPhone, iPad or Mac, and more about accessing those apps and that media via the cloud whenever you need to.

For the consumer, this means that you don’t have something taking up valuable space on your local storage when you don’t need it to be there 24/7. Just as physical media such as CDs and DVDs now seem like so much clutter, so the clutter on our devices needs to be addressed. Major industry figures such as Charles Phillips, head of cloud giant Infor, already recognize that the future of business technology lies with software and computing as a service. The cloud is the place where this can happen, which is why all of the tech giants are scrambling to establish themselves as leading providers. Since it arrived in 2011, iCloud has been seen to have two main overlapping functions: it’s a place to store data and a way to sync that data (music, photos, documents) across a range of different devices. For instance, you can take photos on your iPhone and then view, edit, and share them immediately via your Mac.

Also read: Find Your Silenced iPhone with iCloud and Siri

iCloud provides a generous 5GB of storage free of charge, with more available for a subscription. Another big selling point (and clever marketing tactic) is unlimited storage space for any products purchased via iTunes. However, the cloud is about much more than just storage and is arguably just starting to realize its potential as a medium.

Apple’s iWork office suite is now fully integrated with iCloud. Pages, Numbers, and Keynote are all available as online apps that can be accessed via iCloud, allowing documents and spreadsheets to be worked on simultaneously by different users on different devices. These can be created and edited using any one of the “big three” internet browsers: Chrome, Safari, or Internet Explorer. Apple has also integrated its tracking software into iCloud. Both the “Find My Friends” and “Find My iPhone” apps use cloud technology to pinpoint the location of an Apple mobile device and to perform a number of remote applications. The main use of this is as a security feature. Parents can keep track of their children, and devices can be marked as lost and the password changed, or the contents erased remotely. As iCloud is also used to automatically back up data, this can then be restored if the item is recovered.

As collaborative working using the cloud becomes more commonplace, the use of different incompatible cloud providers will be a major headache. Apple is already taking steps to overcome this, with the files app for iOS allowing you to link with any third-party storage you may be using as well as with iCloud and your Apple devices. Potentially, this could also be integrated with privately developed storage designed to run on iOS.

In January 2018, Apple announced plans to spend $10bn on building more of its own data centers in the US over the next five years, later pledging that it would spend nearly half of that amount ($4.5bn) in 2019. This was in light of revelations that Apple had been paying rivals Amazon $30m per year to use its web servers. It was already known that Apple also ran part of its cloud on Google. While this is hardly unique – other Amazon cloud customers include Spotify and Netflix – Apple seems determined to own its own server space before too long, something that will be essential to the company’s long-term goals.