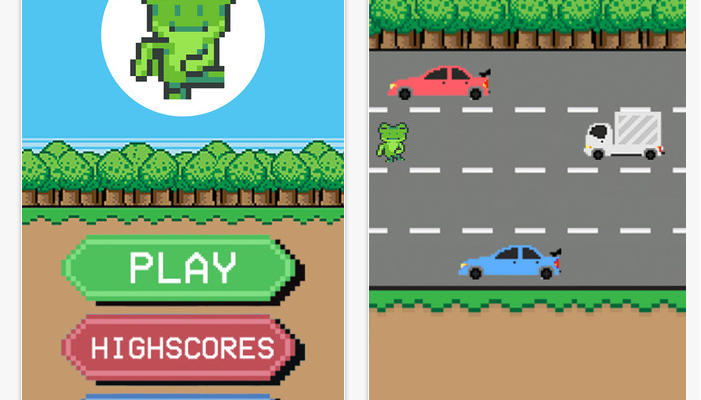 Why did the frog cross the street?

Because developer Tim Trinkies decided it has to; and just like the chicken, the Runaway Frog has to brave the dangers of the street, which are basically automobiles that don’t care much whether they hit the frog or not.

Runaway Frog is supposed to be the first real animated game for the Apple Watch and is already available in the App Store for $0.99 Runaway Frog is a game specifically for Apple Watch and it’s unique in his gameplay. The crazy little frog needs help when crossing the dangerous streets. You can play directly on the watch or even on an iPhone. The game is trying to show the future possibilities of gaming on the Apple Watch – and is already available for download on the Apple App Store.

I believe the game is a nice amusement. The little frog and me are hoping you can help us to make him popular.

The graphics are cute, not blow-your-mind-away graphics, but pixelated fun.

If you’re one of the early birds who will be playing with your own Apple Watch very soon, you might want to give the game a go. At the very least, you’ll have some “micro” gaming experience to see how that goes.

Runaway Frog, although dubbed as the first animated game for Apple Watch, is also compatible with the iPhone.