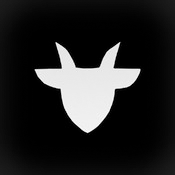 Adventure games were once a well of creativity, but lately the only place to find decent adventure titles is iOS. Here are my favorite iPad adventure games of the year so far.

As a surrealist waking-dream-slash-vision-quest, no other game this year has left such a profound, lasting impact on me as Simogo’s Year Walk. A trippy experience based on Swedish mythology, Year Walk tells a captivating story with atypical, paper craft-inspired graphics and very unconventional navigation. When played in conjunction with its Companion app, you can unlock an additional aspect of the game that leaves you with even more food for thought. 80 playable DC Comics superheroes and villains. An original story. An open world to explore. Full voice acting. And those glorious golden coins to collect. Yes, this is the LEGO game for iPad you’ve been waiting your whole life for. LEGO Batman: DC Super Heroes is the best LEGO game ever made for iPad. What more do you need to know?

It looks at first like a game about burning wildly diverse objects. But don’t be deceived. Little Inferno has some profound things to say about life, purpose, and destiny. Not to mention some sly jabs at modern consumerism. It’s fun to burn things, but finding real heart underneath all the fire-starting was the best iOS gaming surprise of the year.

“Room escaping” has practically become its own genre over the last year or so, but The Silent Age is the first game to package room escape puzzles inside a compelling story. You play as a nondescript janitor who gets sucked into an adventure involving time travel and saving the world. The twist is not in the story — it’s in the presentation. Developer House on Fire is telling their story in two episodes; this first episode is free, the second one won’t be. But if it holds up to the standards of the first, it’ll be worth the price (and the wait).

Big Fish Games is known as an adventure game studio that cranks out one mediocre title after another, all of them using the same game engine and following the same basic template. Fetch is different. A special game unlike anything else Big Fish has done, made exclusively for the iPad, Fetch follows a young boy who sets out on an intergalactic quest to rescue his beloved dog from the aliens that kidnapped him. It has gorgeous graphics that look like an animated movie, and so much charm you won’t be able to stop smiling the whole way through.

Reactions were very mixed for this ethereal, experimental adventure, but I was captivated by its novel approach to storytelling. Like the PS3 title Journey, Trauma focuses more on simulating emotions and sensations than a linear narrative, allowing you to work your way through a car accident victim’s vivid dreams as she recovers in the hospital. It uses gestures more than taps, but don’t expect lots of puzzles or brainteasers. The game levels are a mix of navigable photographs and 3D realtime environments. Definitely an experience like no other.

7. Hope: The Other Side of Adventure

It may not technically qualify as an adventure game, but I’m including Hope anyway because it’s so clever and inventive. Turning the standard Zelda format on its head, Hope: The Other Side of Adventure puts you in the shoes of the archetypal “damsel in distress” — the princess. She’s all alone, locked up in her tower, waiting for her prince to rescue her. At first it seems like she doesn’t have much to do to pass the time as she waits and waits, but there’s more to the princess’ part of the tale than it first appears. If you’re patient and willing to explore the tower, you may find that the princess is a living, breathing character, worthy of getting to know, and who might just play a bigger part in the story’s outcome than you ever imagined.

About the Author
Ephraim Royce is a head-hunter for home & mobile Internet providers. His life was forever changed when he played Myst, his first adventure game, at the tender age of ten.