You are here: Home / Apps / A Tip For Developers From The Top Grossing iPhone Games And Apps 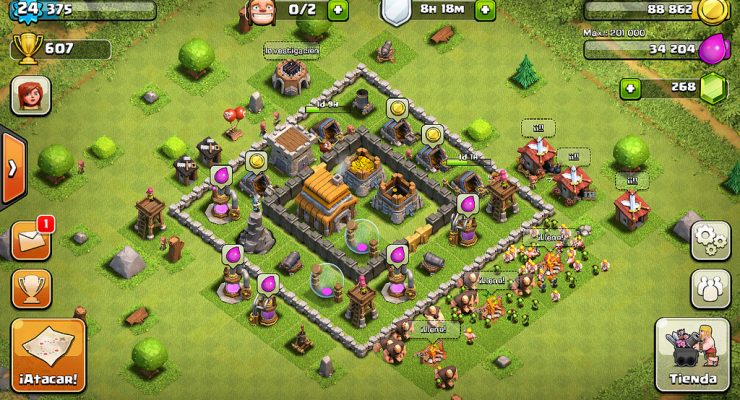 iPhone games have come a long way in the last decade. A few of us probably even remember the hilariously simple games from the first generation iPods. And then the iPod Touch came along and there was that game where you had to knock the ball into the center circle. Today’s games are completely different, you’re playing against people in real time and they are international leaderboards. There’s even become a culture around iPhone games. And an app developer can do very well for him/herself with a simple idea as long as they follow a few strategies.

If you’re an independent app developer or small company you either enter into a market before it floods or create a market of your own. Almost overnight, apps inspire spin-offs that are sometimes as good as the original. Some markets, like dating apps, are extraordinarily tough to get in to. It’s completely saturated, most of my friends have even started moving away from Tinder and are using Bumble or Hinge. If you want to develop a productivity app, you’re also going to have a tough time, there are only a few of those in the Top 100 grossing apps. There is room, in my opinion, for a great freelancer app that lets you hire freelance designers and coders on the go, but that bubble will probably soon burst. The go-to market if you’re looking to make money developing an app has got to be games. And the way to make money on games is to offer enticing in-app purchases. Of course, this isn’t a secret, almost all of the top games in the App Store’s “Top Grossing” chart are free with “in-app purchases”.

The three top grossing iPhone games of the last couple years are Clash of Clans, Candy Crush Saga, and Game of War. Mobile Strike is making a lot of money right now but isn’t a juggernaut like the other three. All three apps were built by huge groups, Machine Zone Inc., the Palo Alto company that owns Game of War – Fire Age pulled in 1.5 million dollars a day according to Statista. So if you’re going to write an app then you’re going to need a few buddies to do it with you. It takes a long time and a lot of geek-talent to create a complicated game like any of the ones we’ve mentioned, but it’s not all that difficult to build a relatively simple spin off. Learning how to build an app is a lot like learning how to code in that it’s a funky thing to learn and you’re either really good at it or you just aren’t. There are rumors that the guys building games for the Cydia store are making a good bit of money, but that’s another article all together.

And the business strategy behind all the top grossing iPhone games is the same; they’re all free. You can download any one of these games right now and be playing right away. And all of them are wildly addicting. But all three games are making money from their in-app purchases. I can almost guarantee that you know somebody who has spent money on Candy Crush Saga. They might not admit it, but they did. There are several games that cost money initially like Angry Birds but the price tag on the ones doing successful business is usually pretty low. Games like Game of War successfully get us hooked on the gameplay and then slip in the sly suggestion that we can buy more gold for a small price. The biggest complaint that people have about Mobile Strike (which still makes over 800k on a daily basis) is that they push the in-app purchases on you. And while in-app purchases aren’t unique to games, they’re much more successful with gaming apps. For example, Tinder unrolled “Tinder Premium” a few months ago and they reported one million users in the beginning of May. And while that might seem like a lot, there are over 50 million users. That means only one in fifty Tinder users is forking out dough, while that number is much higher for all three games previously mentioned. There’s mentions Clash of Clans players in the middle east who are spending upwards of 16k on the game.

Making money off an app seems ludicrous to some people while to others, it’s an obvious way to strike it rich. The big thing is to not get too greedy to fast. Nobody except your mom is going to spend $5 your app that ranks the cleanliest gas station restrooms in the area. But make it free, add a social factor to it and let people upload pictures of disgusting toilet scenes and you’ll be negotiating with advertisers within six months.

Don’t Be Fooled By These Simple (But Seriously Addicting Games)

iOS Games That Will Help You Pass The Time