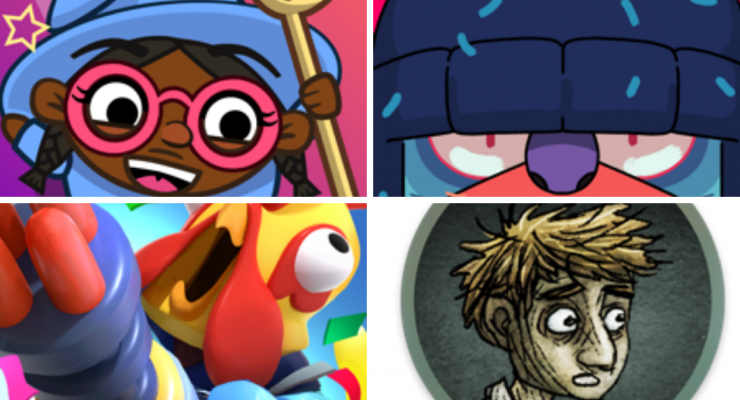 Apple launched its mobile game subscription service, Apple Arcade, more than a year ago. It has slowly but surely solidified its place in the gaming industry and its number of game offers is just continually increasing. If you haven’t found it yet or aren’t aware of its existence up to this point, simply open the App Store on your Apple device and you will find its small joystick icon located at the bottom of the screen.

From there, you will find a plethora of new and exclusive games that you can only play using Apple Arcade. The subscription costs $5 a month but if you just recently purchased a new iPhone, you are eligible for the three-month free trial. What’s in it for you? There are tons of games ranging from family-friendly multiplayer games to story-based adventures. Because of its wide range of offers, here are some of the best ones to help you narrow down the list of games to try.

Were you sad to find out that Fortnight is no longer available on iOS? If you’re looking for a similar gaming experience, a great alternative that’s available in Apple Arcade is Butter Royale. Unlike most shooter games that look grungy and dark, Butter Royale features colorful plays with the goal of being the last player standing. Just like a classic arcade game, this one plays out from a top-down aspect. Kids can play this too, as it’s nonviolent in the sense that it doesn’t use bullets and uses food condiments instead. It’s like a fun alternative to the usual violent shooting games out there. Plus, with Apple Arcade, you don’t need to buy in-app purchases to fully enjoy the game.

Game of Thrones: Tale of Crows

Winter has come and gone but the Game of Thrones craze still remains. GoT fans will truly rejoice when they find that Game of Thrones: Tale of Crows is available in Apple Arcade. It’s not the adventure or active type of game where you have to be in it all the time for your game to progress. Falling under the idle genre, this game allows players to plan out their strategies and set them into motion. The user plays the character in charge of the Night’s Watch. Thus, your responsibility is to manage the Watch and solve your crews’ problems if they come to you with any. You’re in charge of sending rangers to scout around Westeros and figure out agendas and ensuing battles. This game takes more time as you try to unveil the story beneath.

The Reigns series is known to revolve around fantasy realms where players get to make several decisions in order for the game and the story to pan out. It’s interactive and allows users to explore stories based on their choices. However, Reigns: Beyond takes it up a notch by using a different theme this time: space. Plus, a musical element was added to the mix to make it more entertaining to users. This game follows the player in charge of a sentient ship composed of a crew wading through the cosmos. While you guide them as the captain of the ship, you also book gigs for your intergalactic rock band. It may sound a little bit silly, but isn’t that what fun is all about?

The popularity of skateboarding games has died down the past couple of years but it’s actually springing back into action lately because of the remastered collection of Tony Hawk’s Pro Skater games.

If you’re looking for something simple and easy to play with, Skate City is the way to go. You can easily explore neighborhoods while looking for different ways to skate using the user-friendly interface of Skate City.

Dark and atmospheric action games are not that common as you might think. Only a good chunk of people appreciate the art and intricacies of this type of game and if you’re one of these people, you’re in for a treat.

Creaks is a puzzle, adventure game that takes users into a different kind of gaming experience. You’ll get to explore a seemingly endless mansion filled with monsters and machines that you can manipulate to control the game. In addition, the game features a hand-drawn world that artists would surely appreciate.

Among the most popular games in Apple Arcade is Grindstone. It was among the platform’s best launch titles and for good reason, too. This game allows users to flex their brains with puzzle games whilst getting entertained with fantasy action at the same time.

Grindstone has also received plenty of updates since its release so you’re guaranteed to have a great gaming experience. It also has tons of levels, gears, and enemies to keep you on your toes every single time.

Another game that blends puzzles with action so seamlessly is this one called Roundguard. It’s a fantasy role-playing game where users get to fight against monsters using spells and whatnot.

Aside from this, players also get a bit of action in the mix with fireballs being thrown at enemies when deemed necessary. It’s quite a unique game worth checking out if you’re in search of unusual ones in Apple Arcade.