You are here: Home / Feature / Which countries get the best deals on Apple Music? 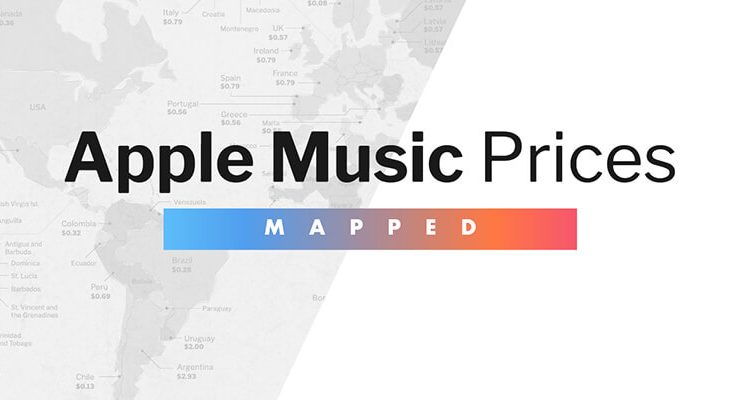 Apple Music may not have yet managed to catch up with Spotify in terms of subscriber numbers, but five years since its launch it has already managed to attract around 72 million subscribers around the world. It’s no doubt been helped by being available in more countries globally than Spotify as well as often being slightly cheaper than its big rival, but like Spotify, its prices vary greatly from country to country. India, for example, is the cheapest country in the world for Apple Music, as it costs only $1.32 a month. By contrast, subscribers in Denmark are paying $15.50 a month, though of course, these costs are relative to what people in each country can afford. The cost in Denmark is only 0.39% of the average monthly salary there, while a subscription represents 0.95% of the monthly earnings in India.

Generally, this percentage is around the same across the globe, with the Apple Music cost below 1% of monthly earnings, as you would expect. However, there are still some exceptions, with music fans in Niger getting the worst deal as their Apple Music subscriptions cost an incredible 11.76% of their average earnings, making it a significant investment each month.

This is even more stark compared to those in Bermuda who pay $5.99, which is a mere 0.07% of their monthly wages. Bermuda is also one of the 54 countries in the world where Apple Music is cheaper than Spotify, along with the likes of China and Russia. However, the differences are generally very small, with only five countries having a price difference of more than $1 either way.

Why not check out which service is cheaper in your country in this new study from CashNetUSA, and find out whether or not you’re getting a good deal on your subscription compared to the rest of the world?