You are here: Home / Feature / The Fonts Apple Uses 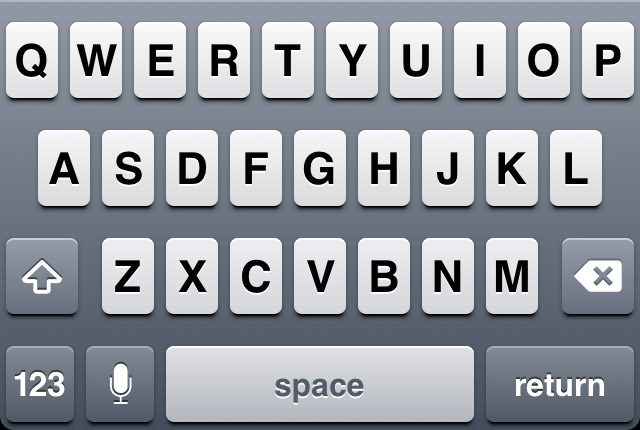 Ever wonder what font that is that Apple uses for ads and marketing? What about the font on your computer’s keys? The UI on your Mac? Or your iPhone? Here’s a list of every font Apple uses.

The initial release of WatchKit to developers brought us our first real look at the functionally we can expect out of the Apple Watch when it is released in early 2015. It also gave us a glimpse of the interface, which will include a brand new font called San Francisco. This font is a Sans Serif typeface that has been specifically designed to work on the smaller display of the Watch. It includes features that aid in legibility, including larger punctuation and larger apertures on characters to make them stand out a bit more. Spacing is also a bit uneven, allowing for more distinction between the letters shown on the screen. San Francisco was developed with the idea that it would be easy to read, even in a quick glance.

When Apple released OS X Yosemite in October, 2014 it also updated the font used in the operating system for the very first time. Previously, all version of OS X used Lucida Grande as the default font. Now, that font has been shifted to the Helvetica Neue family to more closely resemble the minimalist design found in the current versions of iOS.  This font was specifically chosen because it looks good, and is highly readable, on high definition Retina Displays.

When Apple unveiled its massive redesign to the iOS operating system for iPhone, iPod, and iPad, a new typeface was emphasized in the design. It’s called Helvetica Neue Ultra Thin, and it’s a tall, narrow, modern font that adds a lot to the clean, minimalistic feel of iOS 7 and 8. Apple already uses Helvetica Neue on several design elements in iOS (see below). Helvetica Neue Ultra Thin is most noticeable on the Lock Screen, Siri, the new Weather app, and more. See for yourself. (Click to enlarge.)

Apple also now uses this typeface across much of Apple.com, for advertising and branding.

For all advertising materials, promotional uses, the Apple website, even the font printed on the box your shiny new Apple product comes in, the company uses a variant of Myriad called Myriad Pro Semibold. Myriad, a sans-serif font, was originally released by Adobe in 1992. Today it is used by not only Apple, but Google (for the last three letters in “Gmail”), LinkedIn, Rolls-Royce, and Walmart. Apple first began using Myriad in 2002.

Before then, Apple had used a variation of Garamond almost exclusively. This variant was dubbed Apple Garamond, and is perhaps best remembered as the font used in Apple’s famous “Think Different” ad campaign. It was also used on all signs and labels at the company’s Cupertino campus. (Those signs have since been updated to use Myriad.) Garamond was introduced alongside the original Mac in 1984. Prior to ’84, Apple used a font called Motter Tektura for all of its corporate branding and product names. Motter Tektura was also used in Reebok’s logo for many years. For all physical keyboards, Apple uses a font called VAG Rounded. If you’re reading this page on an iMac or any model of MacBook, look down at the keys and you’ll see VAG Rounded. The font was originally designed for use by Volkswagen, and is recognized for its distinctly rounded end points. Apple debuted its use of VAG Rounded on its keyboards with the original iBook laptop in 1999, and has been used for almost all laptops the company has made since. Eventually, Apple adopted VAG Rounded for all Mac keyboards in 2007.

Before using VAG Rounded, Apple’s keyboards were universally adorned with the condensed oblique variant of Univers, aka Univers 57. Longtime Apple users will remember this font for its slender, slanted appearance.

In all versions of Mac OS X, Apple has used Lucida Grande for UI elements. The Lucida family of fonts dates back to 1985, and is currently used as main body text by many websites thanks to its easy readability. It’s also the font used by Facebook . (Random trivia: Lucida Grande has no italics version.) On iOS devices, Apple uses Helvetica for all user interface elements, including things like app titles, menus, and virtual keyboards. iOS devices with Retina displays — namely, the iPhone 4 and 4S, and the third-generation iPad — use the sharper, crisper Helvetica Neue instead, thanks to the screens’ support of anti-aliasing.