You are here: Home / Feature / Steve Jobs Resigns as CEO 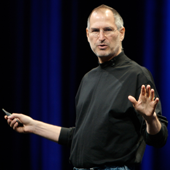 Apple co-founder, CEO, and long-time visionary Steve Jobs has retired as the company’s CEO, a position he’s held since 1997. Tim Cook, the company’s Chief Operating Officer, has been elected by Apple’s board as new CEO after Jobs gave him a “strong recommendation” for the position.

Jobs has been elected Chairman of the Board for Apple — a role that keeps him with the company but significantly he has been so instrumental in building, but lessens his commitments. Although Apple came up short of naming Jobs ongoing health issues as his reasons for resigning, scuttlebutt is that his health is the culprit. Which makes his resignation sad for the Apple faithful, but not surprising.

To the Apple Board of Directors and the Apple Community:

I have always said if there ever came a day when I could no longer meet my duties and expectations as Apple’s CEO, I would be the first to let you know. Unfortunately, that day has come.

I hereby resign as CEO of Apple. I would like to serve, if the Board sees fit, as Chairman of the Board, director and Apple employee.

As far as my successor goes, I strongly recommend that we execute our succession plan and name Tim Cook as CEO of Apple.

I believe Apple’s brightest and most innovative days are ahead of it. And I look forward to watching and contributing to its success in a new role.

I have made some of the best friends of my life at Apple, and I thank you all for the many years of being able to work alongside you.

Jobs co-founded Apple Inc. in 1976 with Steve Wozniak. In 1985, he left Apple over disagreements with management and founded NeXT, which developed the software that OS X would later be based upon. Apple purchased NeXT in 1996, allowing Jobs to return to the company as a consultant. A year later, he became interim CEO, a position that became permanent in 2000. Since then, Jobs’ uncompromising — some would say tyrannical — vision has led the company to one of the biggest turnarounds in corporate American history, thanks largely to iTunes, the iPod, iPhone, and iPad.

In 2004, Jobs was diagnosed with pancreatic cancer, and has taken several leaves of absence in the years since to address these concerns. Through each of these absences, Tim Cook has stepped in to run the company. Jobs underwent a liver transplant in 2009.

Steve Jobs also serves on the Board of Directors for The Walt Disney Company. TimÂ Cook has been with Apple for 13 years.