You are here: Home / Apple Watch / With the Release of WatchKit, Apple Begins to Remove Veil of Secrecy Around Apple Watch 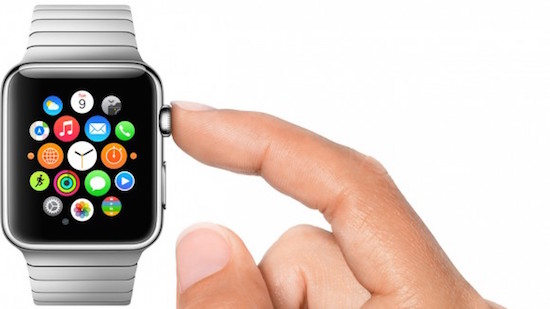 On Tuesday of this week, Apple released the beta version of iOS 8.2 to developers, and along with it the first version of WatchKit, the set of system tools that will govern how apps are made for the Apple Watch. This software gives developers a set of guidelines that will assist them in bringing their creations over to Apple’s next device, and it gives the rest of us some insight into how the Watch will function. Of course, as with all things Apple, there is some controversy surrounding the new gadget, even months before its release.

Perhaps the most interesting nuggets of information to come from the first WatchKit release involve the user interface on the device, and its screen resolution. We already knew that the Apple Watch would come in two sizes – 38mm and 42mm – but until now, we didn’t know many details about the screen itself. Apparently, the smaller version of the Watch will have a display with a resolution of 272 x 340 pixels, while the larger will feature a 312 x 390 pixel screen. Furthermore, the WatchKit software indicates that the operating system powering the device will have the ability to automatically scale the graphics displayed on the screen as needed, making it easier for developers to create their apps, and allowing Apple to release watches with different screen sizes in the future.

WatchKit also provides plenty of insight into how users will interact with the Watch too, offering details on at least 15 different ways to tap, swipe, and scroll through app data. The Watch’s touchscreen and digital crown will be used for much of that interaction, although the timepiece will also know how long you’re looking at the screen, and can change the display to provide more information accordingly. Some people are already calling the interface “alarmingly complicated,” although I suspect that in practice it is far easier to use than Apple’s guidelines are letting on. One of the other things revealed in the early release of WatchKit is that the Apple Watch will be even more dependent on the iPhone than we previously knew. Apple has revealed that the Watch will have all the features of a normal watch, plus the ability to play music, while not tethered to an iPhone, but beyond that, we’re not sure what it can do without that connection. Upon release, all apps will run on the iPhone itself, with data being sent directly to the Watch. In a sense, this makes the new device little more than a second screen for the phone, with key information being displayed on its small screen. Apple has already said native apps will come later in 2015 however, which should allow the Watch to operate a bit more independently.

The revelation of the connection between the iPhone and the Apple Watch has made some people already question Apple’s direction with their new device. Clearly some potential customers were hoping that the chronograph would have more standalone features, and not be so reliant on the iPhone for its capabilities. But considering how the Watch is meant to be used, it really only makes sense that it is tethered to a powerful smartphone that can do most of the heavy lifting for it.

Apple’s symbiotic relationship between the iPhone and Watch makes a lot of sense, and really shouldn’t come as much of a surprise to anyone. In order for the Watch to become more independent, it would probably need a cellular radio of its own to access a data network while on the go. That would put a huge hit on the Watch’s already dubious battery life, and require yet another data service plan as well. I for one don’t want to pay for another Internet connection when I’m happy to share the one that already exists on my phone. Besides, how often do you go anywhere without your cell phone these days? The two devices work hand-in-hand in part because neither of them are ever going to be very far apart from one another to begin with.

A lot has been made about future upgrade paths for the Watch as well, and its dependence on an iPhone may offer some insights into that area too. Most people don’t spend hundreds – if not thousands – of dollars on a watch, only t have it become obsolete within a few years. Speculation has run rampant that Apple may offer some kind of trade-in for Watch owners, or that the innards on the device could be easily swapped out with improved technology at a reduced cost. But if the iPhone truly does do most of the work, the Watch will get an upgrade every time its owner buys a new phone. That would mitigate much of the fear over replacing the timepiece on a regular basis, even though refined designs are more likely to drive upgrades anyway.

The Apple Watch is poised to become a major new product for Apple, and will likely jumpstart the smartwatch revolution that many have been waiting for. By all accounts, it is an outstanding product, even without the “smart” features. The release date for the device is still only listed as “early 2015,” although there are some indications that it will be coming in the Spring. If that is the case, we still have a few months to wait before we get our hands on the Apple Watch ourselves, and really see if it can deliver on its promise.