You are here: Home / Feature / Modded 1981 DeLorean Beats CarPlay to the Punch 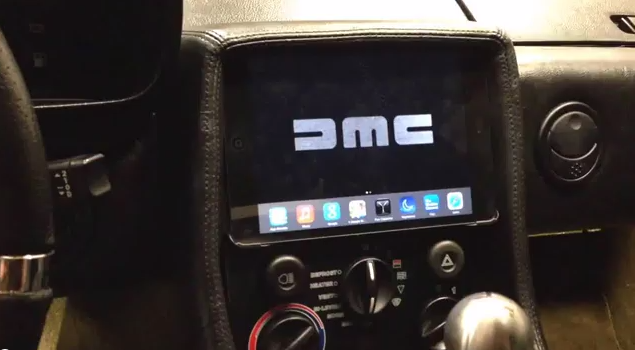 News – and speculation – about Apple’s CarPlay can be found all around the place, but YouTube user DMCPat is not waiting for CarPlay to be ready. Nor does he seem interested in getting a Ferrari, a Mercedes-Benz, or a Volvo. Instead, he has something that is arguably way cooler than any of those brands: a 1981 DeLorean. Oh, Doc Brown and Marty McFly would certainly give this guy two thumbs up!

Obviously, he has put a lot of time and effort – not to mention money, I bet – into modding his 1981 DeLorean. Part of all the mods he has made is an in-dash system featuring an iPad Mini.

It’s not just an iPad Mini mounted onto the dashboard of a car, mind you. From what he’s shown, DMCPat’s modded 1981 DeLorean can hold its own against modern-day car entertainment/information systems.