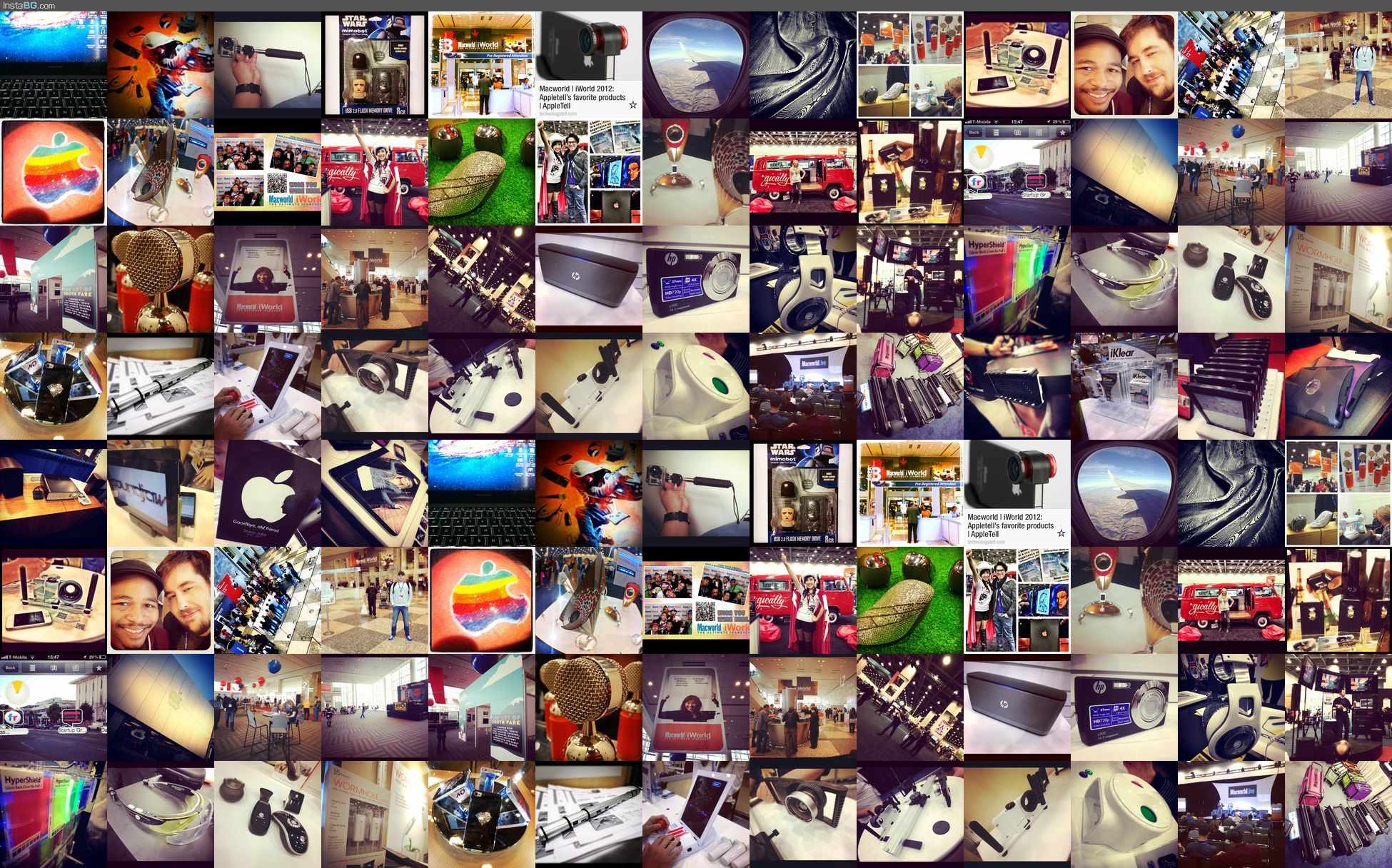 The 27th annual Macworld just ended a few days ago in San Francisco, and while there weren’t a ton of big headlines to come out of the event, it’s still quite the mecca for our fellow faithful brethren. Take a look at some of the weird and wonderful pics that Twitterers shared during Macworld.

Macworld has shrunken in recent years, but it’s still plugging along, serving and networking accessory makers and fans alike. It also underwent a name change this year to “Macworld/iWorld”; I don’t know what the thinking is there. As messy as the artist is, I have to assume this was a speed painting of the late, lamented Steve Jobs. [Image source.] Clever means of advertising on the show floor. [Image source.] Not sure why you’d need an oxygen bar at Macworld, but hey, why not? [Image source.] This company promoted headphones for athletes by bringing a trampoline to the show floor to wow the crowd. This guy was riding a snowboard while jumping. [Image source.] Star Trek: The Next Generation’s Jonathan Frakes put in a celebrity appearance in an odd bit of art imitating life. A web series was being filmed at Macworld for a show called Beckinfield, and Frakes’ speech was part of his participation in the series. [Image source.] Any guesses what this is? It’s actually some kind of audio speaker. [Image source.]

At the conclusion of Macworld, a huge “drum circle” was set up in the lobby, where almost 500 attendees banged on very low-tech drums together. Supposedly, it was something about promoting the sense of community that Apple engenders among users. Looks like it was a lot of fun!