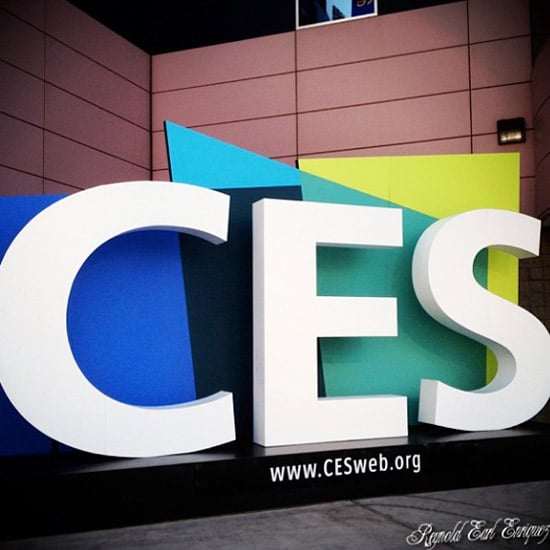 Reading between the lines of the big headlines from CES, there are five lessons and trends where the tech industry is tipping its hand regarding Apple. Even though Apple wasn’t at CES, here’s what the trade show teaches us about the Cupertino giant.

1. Apple’s TV revolution is on the horizon, and everyone can feel it.

A big term heard again and again this year was “4K,” which refers to the next visual step up from HD. Basically, it’s a screen that packs twice the pixels as current-generation HDTVs. 4K is supposed to be the next big revolution in TV. A few years ago, they said the same thing about 3D. Before that, OLED was all the rage. In addition to 4K, this year Samsung touted a curved TV display, while others packed features into their sets, connected TVs to the Internet, loaded them with apps and services, and so on.

These upgrades are fascinating, but… Isn’t the revolution running kinda late?

It reminds me of the netbook craze from a few years ago. Every computer company known to man invested in these scaled-down laptops made for surfing the web. They were supposed to be an entirely new class of product, something that would revolutionize mobile computing. And then the iPad came along, sending netbooks to a very fast death.

How many times have we seen this pattern? Electronics companies groping around in the dark, desperately searching for some hot new feature to hook customers with — until Apple steps up to introduce something that not only solves all of the problems with those previous products, but changes the game altogether. The iPod. iTunes. iPhone. MacBook Air. iPad.

Apple is, right now, working on something that will revolutionize television. You know it, I know it, and all those electronics makers are certain of it. They’re all hedging their bets right now, trying hard to produce a game-changing TV that will beat Apple to the punch. But they don’t get it anymore now than they did when Steve Jobs was still alive.

What made Jobs such a great innovator wasn’t impressive new tech specs or his proclivity for the importance of design (though Apple has always been impressive at both). Steve Jobs was the great innovator of our time because he saw the future. He had an uncanny knack for identifying the elephant in the room that no one else even realized was there, and then coming up with a solution and paring it down to its simplest, most elegant essence. He changed the entire paradigm of several industries this way, turning them on their heads.

No one knows if Apple is planning an actual television set or some kind of peripheral box or what. But we know that whatever it is, it came from Jobs’ mind before he died. Whatever he dreamed up for TV wasn’t about upping specs on what was already there. It was about transforming the user’s experience. Whatever Jobs “cracked” in regards to TV, it’s something that will change the very foundations of the television industry.

While competitors like Samsung and Sony keep trying to out-idea Apple, an entire industry has sprung up that rides Apple’s coattails. This very lucrative enterprise is making a killing on cases, keyboards, mice, styluses, protectors, and much more for iDevices — accessories that Apple has never been interested in creating itself. At CES 2013, there are accessories to take care of every need you could possibly have, and quite a few that you never imagined. Lightning-compatible accessories are everywhere you look. This business is nothing new, but it is thriving. Why?

Android devices have never inspired anywhere near the level of accessory business as Apple’s, because the enormous amount of non-standardized devices make it impossible to come up with something that will work for every device, across the board. Why bother building a few thousand cases for an obscure form factor when you can build (and sell) millions of cases based on Apple’s tiny catalog of form factors?

On the other hand, there’s no denying that Samsung’s Galaxy S phones are growing in popularity. Samsung’s sleek device is nipping at the iPhone’s heels, and accessory manufacturers are starting to take notice. Companion products for the Galaxy S phones are starting to appear, but Apple is still expected to top the accessory business’ agenda for the foreseeable future.

With all the gadget success stories coming from Kickstarter over the last year, it seem like we’re entering a new era in the electronics industry. Instead of big-name companies just making more of the same — or new products based on their existing technologies and processes — the true entrepreneurial spirit is shining through in these startups. Why? Because the Kickstarter successes are born out of a consumer’s need. Instead of approaching the process from the manufacturer’s point of view, they come at it from the users’ perspective first.

Sound familiar? It should, because that’s the guiding principle that Apple was founded on: the user experience trumps everything.

Back in the 70s and early 80s, Steve Jobs infused Apple with an underdog sensibility, going so far as to fly a pirate flag over Apple’s meager headquarters at one point. It electrified the company, fueling it to build better, smarter, more useful products than the competition’s corporate-minded mentality ever could. Apple may not be the underdog anymore, but today, Kickstarter’s indie tech companies are thriving by using that same renegade spirit that Apple once embodied.

The rivalry between Bill Gates and Steve Jobs is legendary, because Jobs held Gates responsible for Microsoft willfully using many of Apple’s ideas to sell what he saw as inferior products. From the Windows UI to Microsoft’s retail stores to the Windows Phone and Surface tablets, the origins of many of Microsoft’s key tentpoles can be traced back to their endless copycat tactics.

Even at this, it wasn’t until the last few years that Microsoft became so blatant in its attempts to mimic Apple. It probably had something to do with Apple’s meteoric rise to become the most valuable company in the world, but it’s like Microsoft is abandoning all of its old business practices and taking all of its cues from Apple’s playbook. (Last year’s mysterious event where the Surface tablet was unveiled played out as though it was following a blueprint that came from countless committee meetings where MS execs did nothing but study Apple’s keynote events.)

At CES, Microsoft used to be the BMOC. Windows PCs practically defined what the show was all about, and the show traditionally kicked off with a big keynote presentation by Microsoft’s CEO. But with its market share receding and profits not where they used to be, Microsoft opted this year to pull out of CES altogether. Apple hasn’t been part of CES since 1992; instead, they began holding their own trade show shortly after CES (or sometimes concurrent with it), called MacWorld.

Is it possible Microsoft left CES behind in order to be more like Apple? No, of course not! Don’t be stupid! That’s an outrageous claim, and I’m shocked at the lunacy of the very thought. And yet… for years, Redmond has demonstrated just how desperate they are to copy Apple’s every move. Be honest: if they were to announce a “MicrosoftWorld” trade show in the near future, would you really be surprised?

Forget smartglasses. Fancy wristwear was all the rage at CES, led by Pebble, CST-01, and others. Just before CES began, rumors surfaced that Apple could be working on a smartwatch of its own. An iWatch makes perfect sense for Apple. Shifting the iPod Nano away from the successful, compact, square design that was used for several years, over to a more traditional rectangle shape was an unexpected and unnecessary move. Unless Apple is saving and revising that tiny, square touchscreen form factor for its own wearable smartwatch.

Could Apple have an iWatch up its sleeve? 2013 is likely to be the year we find out.[Image credit]