You are here: Home / Apps / Make Nice Savings on These 5 iOS Apps on Sale Today 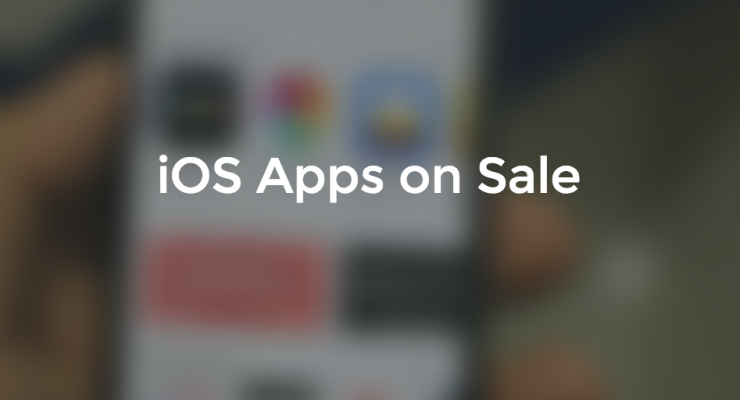 We normally feature free iOS apps at the beginning of the week, but we figured why not share our picks of iOS apps on sale before the weekend? It’s a good time as any to spend a little and still make some savings while you’re at it.

This first batch is mainly comprised of games – cool ones, too – and a must-have Twitter app.

Tweetbot is a wonderful Twitter client that’s powerful and a joy to use. Sync your timeline across your iPhone, iPad, and Mac (Tweetbot for Mac also available in the Mac App Store). Mute tweets by users, hashtags, tweet sources, or keywords (including regex). 3rd Party support for image, video, read later, and timeline sync services. Tweetbot also has all the features you’d expect in a full-featured Twitter client like lists and direct messages, and others you wouldn’t like the statistics view, a night theme for low-light reading, and much more.

BECOME THE ULTIMATE SILENT ASSASSIN
Step into the shoes of Agent 47 in Hitman: Sniper and discover the most compelling sniper experience on mobile.

TACTICAL MISSIONS IN MONTENEGRO
Hone your strategic skills and orchestrate the perfect assassination.

ACTION ZOMBIE CHALLENGE IN DEATH VALLEY
Prepare for non-stop action in a true test of your accuracy and speed of execution.

MORE THAN 150 MISSIONS AND 11 DIFFERENT CONTRACTS
Improve your strategy for the perfect assassination as you uncover secrets and subterfuges.

COMPETE AGAINST YOUR FRIENDS TO DOMINATE THE LEADERBOARD
Boost your score and climb up the ranks to become the world’s finest silent assassin.

NO VIRTUAL ITEMS, NO INTERRUPTIONS… you’ll OWN this game for life.

Grace and James Anderson are newlyweds with a growing antiques business. Help them open their very own store by traveling across America and searching for hard-to-find antiques! Collect plenty of new wares to sell for a mighty profit. Visit fantastic cities like Cheyenne, Memphis, and Austin and solve different types of puzzles in this fun and exciting Hidden Object game. Go on an Antique Road Trip today!

• Multiple Hidden Object & Puzzle modes
• Awesome cities from across the USA to explore
• Upgrade and expand your antique store along the way!

One of the most cherished 8-bit titles of all time returns with the mobile release of DuckTales: Remastered!

Join Scrooge McDuck in an epic adventure across the world to discover the five Legendary Treasures! Embark on a journey to the Himalayas, Amazon, Transylvania, African mines, and Moon using Scrooge’s secret map. But watch out for the evil sorceress Magica De Spell and notorious Beagle Boys – they’re on a quest to steal Scrooge’s fortune and will stop at nothing. He may have to risk it all to save his nephews, Huey, Dewey and Louie, but not without epic boss fights along the way! Hold on to your top hat and play as Scrooge McDuck as you travel to the far corners of the world!

Inspired by an original online game concept devised by the BBC, the game has more than 30 battles in a range of theatres of war from the North African desert through D-Day to the to the snowy Ardennes mountains where the Allies battled to repel the final German offensive.