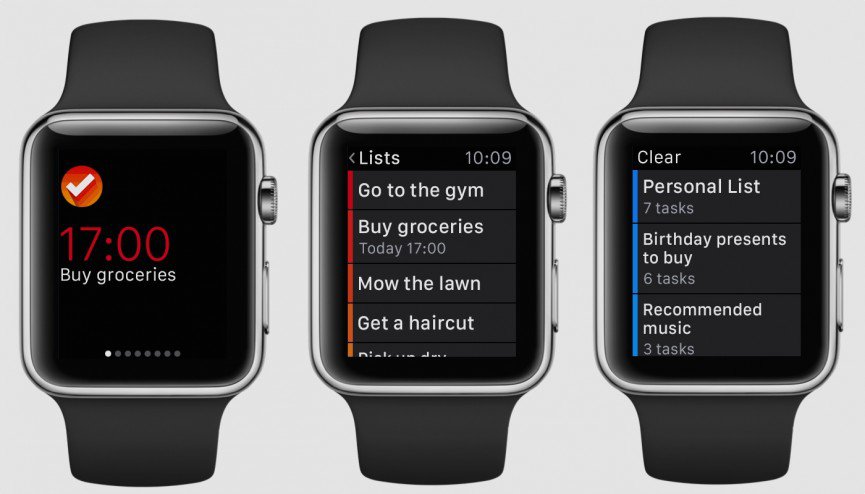 The much awaited Apple Watch is set to ship on April according to Tim Cook himself, and naturally, analysts have thrown in their thoughts about how many units will be made available (among tons of other predictions).

One equities research expert has focused on apps, which is what most users are looking at, and he has predicted that there will be 100,000 apps from the get go.

That’s an eye-popping number, but it seems that this particular expert is not pulling numbers out of thin air, having been present in a number of Apple WatchKit hacking events. Whether his right or not, though, there are some devs who have opened their mouths regarding their Apple Watch apps, which will be released on launch.

Wareable has talked to these devs and has made a roundup of the best Apple Watch apps that will be available when the device is released.

From our perspective, here are a handful that are truly worth being excited about. Of course there has to be a to-do list app for the Apple Watch. Clear has made a name for itself for iOS, and now it’s going to make sure that it’s part of the Watch as well. The minimalistic look is perfect for the smaller screen.

While there are many systems that aim to give us control over our homes electronically, most of them are not quite there yet. That’s what the maker of Home Remote has been on about, even saying that “many first-party apps for controlling home-automation hardware are ‘appalling'”.

Home Remote for the Apple Watch is meant to make things more efficient across all devices. For Twitter addicts, this is the Apple Watch app to watch out for. Its iOS version has received good ratings, and the chances are its Apple Watch app will fare just as well.

If you’re not that good with words and can’t craft your tweet to fit the 140-character limit, just speak to your Watch, and it will turn your long tweet into an image.

Perfect for live tweeting and irritating your followers by flooding their stream.

Seriously, though, this is going to make tweeting on the go more convenient. For people who want to know how much time they actually spend on tasks and where their time goes, OfficeTime is a handy app. It’s not a unique app in this sense – I use Timely for this, both on the MBA and the iPhone – but if you have OfficeTime on your Apple Watch, you simply have to tap once to start the timer for a task, and then tap again when you end the task. At the end of the day, you get to analyze what you’ve done for the day and for how long.

Excellent app for those who have the need to streamline their workflow.