You are here: Home / Apps / Watch Geo-Restricted Content on your iPad or iPhone 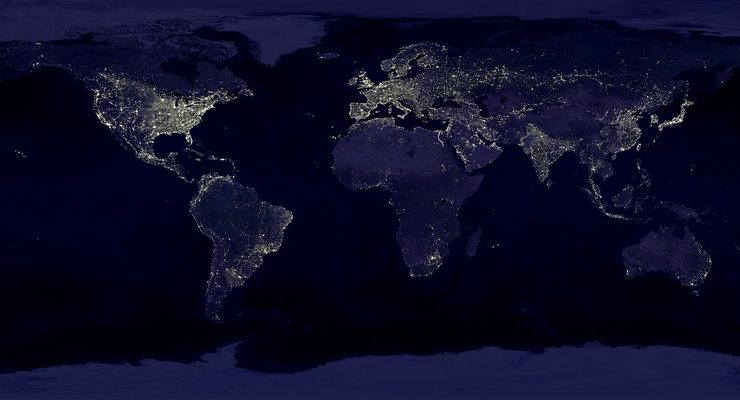 We live in amazing times. At the touch of a button, video content from a thousand sources are instantly available on a screen near way. And yet, somehow the Netherlands seems to have a far superior Netflix selection than the U.S. ever will. This is because companies like Hulu and Netflix have distribution agreements in place that are geographically specific, agreeing to only distribute certain content in certain countries. But what if you really want to watch some moody Scandinavian detective dramas? Many times, you can remove geo-restrictions by using a VPN or other region-switching tool.  Here’s a few that should work well on your iPad or iPhone, but keep in mind that this does typically run contrary to the service’s user agreement.

Many systems that remove geo-restrictions rely on a virtual private network, also called a VPN. A VPN creates a digital “tunnel,” passing all of your browsing data through an encrypted channel. These keeps the content from being viewed by third parties, but also allows you to change your computer’s apparent IP address and, therefore, location. This “tunnel” can exit at an arbitrary point anywhere on Earth. As such, you can make it seem like your computer’s connection is coming from the U.S., even if you’re in India.

Unfortunately, this can be slow, unreliable, or just plain expensive and tedious, depending on your VPN provider. Since all of your Internet traffic gets piped through that VPN connection, a poor link slows everything down, and not all VPN providers are serious about keeping their service running smoothly. Finally, Netflix recently took the step of blocking many major VPN connections, making it impossible to use them for region-switching.

GetFlix works a little differently. Instead of creating a VPN tunnel for all of your traffic, it selectively redirects your DNS lookups when you navigate to video-serving sites like Hulu and Amazon Instant. This allows you to change your computer’s apparent location while redirecting only a tiny percentage of your traffic. This helps limit the opportunity for connection slowdowns. Getflix calls this service “Smart DNS,” and it’s not as easy to block or limit as regular VPN services.

GetFlix was originally created for Australian and New Zealand customers that wanted to connect to U.S.-based servers. However, it will work for anyone who wants to connect to content services as if they lived in the U.S. GetFlix also has exit servers in multiple countries around the globe, including France, Japan, and Germany. The whole system is configured over a web interface that’s easy to use. Like any decent service, it’s not free: pricing starts at $4/month, but longer commitments get you step discounts.

Decent free VPNs are few and far between, but Hotspot Shield is one of the better ones. Nevertheless, the major downside of a free VPN will be bandwidth restrictions and speed. Paid VPNs can run multiple servers with fancy load balancing algorithms, but free services don’t have the resources to run something like that. As such, you might not get the full connection speed that your ISP is capable of, but you should still be able to remove geo-restrictions.

Also, not all VPN services work with Netflix. As of earlier this year, Netflix began blocking most major VPN IP addresses, disabling their region-switching capabilities. As of publication, Hotspot Shield has yet to be blocked by Netflix, but it’s still possible that could change. You should have no problem connecting to other services.

Hotspot Shield Free is pretty limited. It offers one exit server in the U.S., and limits your bandwidth to 1 GB per day. The “elite” version provides dozen of exit servers around the globe with no limits, so you’ll have a lot of opportunities to change your location. If you’re planning on trying out a full-fledged VPN for region-switching, this is a great place to start. Express VPN functions similarly to Hotspot Shield. It’s a VPN service as well, tunneling all of your web traffic through a secure, encrypted portal to an exit server of your choosing. The services remove geo-restrictions in a similar way, but there is no free version of Express VPN. You’ll have thirty days to test-drive all the features, and then you’ll need to pay up to keep using the service.

In exchange, you get a more fully-fledged product, with high speeds, strong encryption, and solid support. If subscribing to a VPN has appealed to you but you’ve been hesitant to get started, this is a good way to get your feet wet. You can even install it on your router to run all of your network’s traffic through their servers. Express VPN also offers nearly 140 exit locations around the globe, so you can access content from just about anywhere. As of now, Express VPN does work with Netflix, as well as the other well-known content providers. Rates start at $13 per month, but drop sharply for annual and semi-annual subscriptions.