You are here: Home / Apps / Here’s How Businesses Without Their Own Apps Are Missing Out 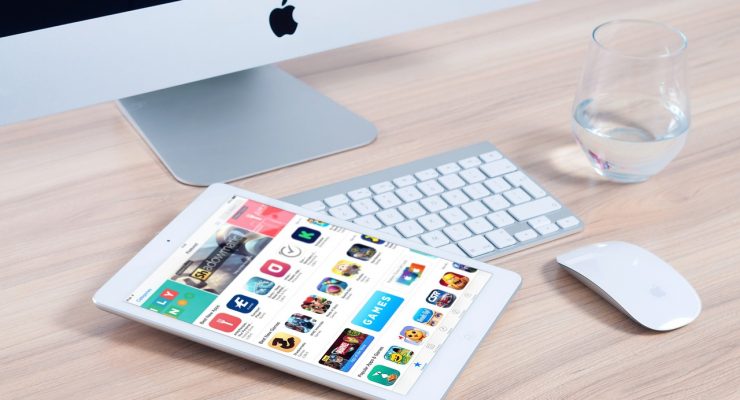 It is almost inconceivable for any business today to not have some kind of digital extra for their customers or for their own employees. If your business doesn’t have its own app then this is an area that you need to think about very quickly.

While the Apple App Store and Google Play is home to thousands upon thousands of apps – from the simplest waste of time games to the life-saving emergency aid apps – it is still vital for businesses to design their own app to increase their performance in a number of different ways.

The history of the app

Before smartphones and even before the launch of the first Macintosh computer, Steve Jobs predicted the rise of apps in our everyday lives and how we would share information digitally. That was in 1983 – and by 2008 the Apple App Store opened with a choice of around 500 apps.

Since then the design and uptake of apps have evolved remarkably. There are still silly game apps to download but the business app has moved on to become a central part of any company’s information distribution system. Many start-ups rely on apps completely for day to day business but even most of the more traditional companies in the country will have an app to help their customers use the business in the best way possible.

There are a whole variety of reasons why a business would want to develop an app, but here are just a few of the benefits.

Why you should have a business app To be completely blunt about it – apps make money. The revenue brought in by business apps made almost 70 iOS developers their first million dollars in 2016, and even the relatively smaller market of Android apps doubled the number of millionaires in the same time period. Not every app will make a lot of money – and some businesses will see an attraction of having an app that is free – but there is no doubt that there is money to be made.

Adding a digital dimension to your business does wonders not only for brand recognition – but for customer loyalty too. Depending on your business, the app does not have to just be a functional transaction-type affair. With an innovative design, companies can attract a whole new audience who then become loyal customers.

A well-designed business app can undoubtedly bring in a lot of money to a company but it can also reduce costs across the board. Keith Krach introduced an app for his company DocuSign and the efficiency that it brings to the process of legally signing and returning documents has saved huge amounts of money for businesses. What used to be a laborious and expensive process is now delivered in a time-saving fashion that is good news for everyone involved.

Get the most out of employees Business apps do not just have to be for customers. The use of internal apps has risen in the last few years and is a great way to connect with employees – as well as making further efficiencies in the way a company is run. Without needing to search for an external app to use in the form of their work, you will find that your employees’ productivity is boosted – which can only help your profit margins.

The marketing opportunities presented by business apps cannot be underestimated. For businesses that are willing to think about their promotional work in a creative way, the possibilities are limitless. At a very basic level an app is just another way to interact with customers – but unlike traditional media marketing, the target is already engaged so there is more chance of a successful outcome. This multichannel communication gives businesses a greater chance of building up bigger profiles, and to make a different kind of connection with their customers.

The possibilities open to businesses that use their apps in creative and thought-provoking ways should be forcing any company to make app design a priority. Poor app design is such a waste of potential in a market that has opened up so much across all sectors – and will continue to do so.

There really is no excuse not to have a business app available to either customers or employees – or maybe even both. It may have taken a while after Steve Jobs’ initial prediction for apps to be part of everyday life but there is no doubt that is the world we live in today.