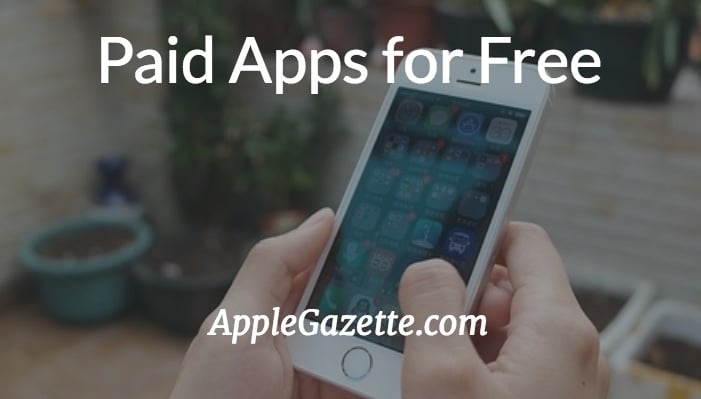 Here is your weekly dose of free iOS apps to download. Have fun!

(Note: These apps are free as of this writing; they may go back to their regular price anytime so download the apps for free while you can.)

In the year 2050, the sun unleashed a catastrophic surge of energy into space, a wave of power that would plunge our civilization into chaos for centuries. Though predicted for years by the scientific community, their warnings were ignored by the world leaders that instead squabbled over petty territorial concerns.

When the wave of energy struck the earth, a storm of radioactive particles blanketed the atmosphere in a deadly, carcinogenic fog. The fog killed indiscriminately … the young, old, rich and poor all fell in equal measure. Only those that had heeded the warnings and taken shelter in abandoned bunkers were spared.

When their supplies eventually ran out and these communities were forced to emerge from their shelters, they saw a new world of desolation and chaos. A world in which the laws of civilization had been replaced by the law of the gun. The few areas that still had clean water and arable land were held by ruthless warlords and their armies.

– Explore a merciless wasteland in an immersive, first-person view.

– Manage scarce resources such as ammunition, food and medical supplies.

– Brave the dangers of the wasteland and face off against humans, rabid hounds, ghouls and raiders.

In Dogfight Elite you can fly an airplane, drive a tank or jump out of the plane and defend your position as a soldier.

You can also play alone and fly through training levels all the way up to full-blown dogfights against enemy planes.

While this game allows you to play free of charge, it provides benefits to subscribers, such as airplanes, tanks, special weapons and missions. All subscribers also gain access instant access and priority queue to all servers.

Pico is a simple, quick-to-follow image annotation tool. You can use Pico to mark and share your pictures to express your ideas more directly.

• Exquisite and diverse markup style: Say goodbye to single, rude red dots, arrows. We offer rich and soft colors. You can also add shadows and borders to your annotation.

*Currently only compatible with iPhone 8 Plus, X, XS, XS Max and XR.*

Portrify is for next level portrait edits.

Ranked #1 iPhone & iPad Utility App in 46 Countries, Split Screen Multitasking app DuMore also ranked Top 10 in 78 countries including USA, China & Japan, Top 25 in 84 countries and Top 26-100 in several others. Split View lets you do two things at the same time. Download DuMore to stop constantly switching between apps or browser tabs for all your online tasks and start viewing two things at the same time in split screens on your iPhone and iPad.

We love doing two things on iPad & iPhone multitasking, but keeping an eye on both at the same time was impossible until now.. Haven’t you always wanted to open 2 things on your iPhone and iPad at the same time? Now you can!

DuMore Split Screen Multitasker is designed for your new large screen iPhone and iPads that do not have the native iOS Split Screen, Split View and Slide Over features. The DuMore Split Screen App offers an alt experience similar to using two apps at the same time with web apps, browsers, inbuilt plugins and extensions.