You are here: Home / Apps / The Very Best iPhone Apps For Runners 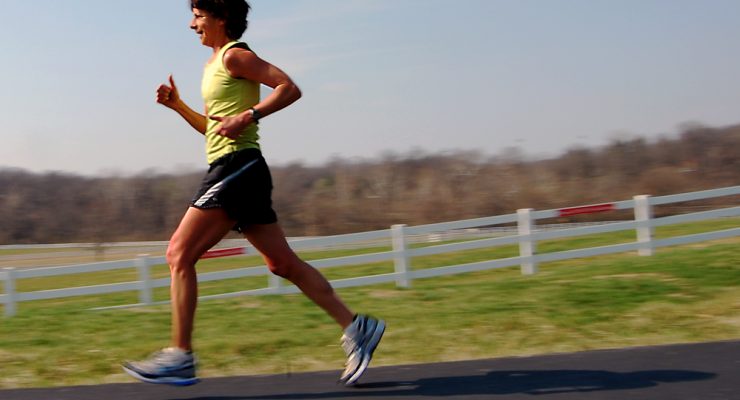 There are a lot of iPhone apps for runners and joggers available on the App Store. Now that the winter season is almost over, you can now start prepping for your runs in spring. Running around the park while seeing the flowers bloom left and right makes for fantastic scenery. As the weather starts to warm up, so should your body. It’s also best to begin exercising again in preparation for summer. Running is one of the best exercises to shed away the weight that you gained from the holidays. If you do need an app to guide you through the process or motivate you to keep going, here are the best iPhone apps for runners that you can use.

RunKeeper is one of the best iPhone apps for runners on the market. The app has millions of users around the world and for good reason: they got features that helps beginners as well as advanced runners. In addition, it also lets you choose a playlist from Spotify while you run so you’re always pumped up and ready to go.

Plus, it has an Apple Watch version that tracks your heart rate, speed, and distance. That way, you can keep track of your progress and you can change up your goal every so often. It’s a free app so anyone can enjoy its features but it also offers in-app purchases.

Nike Run Club is among the most popular running apps on the App Store so they’re probably doing something right. There are two great things about the app that you should take note of. First, it links up to your Nike shoes and tracks your run perfectly if you’ve got the chip. This is great for when you want to track your progress every time you run.

Second, it’s awesome if you have a lot of friends that are runners since it links to leaderboards and lets you set challenges. If you’re looking to change up your routine, this app is definitely worth looking into.

Strava is a favorite for a lot of runners because it’s really simple and easy to use. While the other iPhone apps for runners might integrate a lot of different features, Strava’s platform has a user-friendly interface. It tracks your runs and gives you the key stats, but it keeps it pretty basic.

The app also works with your social media accounts so that you can see the routes that your friends are running. The premium version offers a leaderboard that’s perfect for runners with a competitive edge.

Zombies, Run! is a running app that feels more like a game than an app. It’s the perfect running app for people who are looking for some fun while running. The game has a variety of missions in which your basic goal is to outrun zombies while you collect ammo and health.

The app doesn’t have all the run tracking features of the other apps but it does let you play your own music and integrates it into the story, which is great.

Map My Run is an app that constantly gives you feedback on your progress. There’s a handy little “routes” feature that shows you the best trails around you and lets you save your favorite routes. You can set goals and review previous workouts.

The app is free but the MVP feature is definitely worth checking out if you’re a serious runner since it allows you to track your heart rate and cuts out the ads (which can get a bit pesky).

Charity Miles is a running app for people who wish to do something more meaningful while they run. You can donate money to charity for every mile you run. Now, if this isn’t motivational, then I don’t know what is.

This app is free, too, so anyone can enjoy its features without having to shell out money for its services. You can also use this app to donate not just while you run but also while you bike or walk. Plus, it allows you to combine fundraising efforts by forming teams with your friends.

Runtastic is a great app for advanced runners who go into marathons. This app not just tracks your progress but also offers training plans for marathoners. If you’re looking to prepare for a race, this app is the one for you.

Aside from training plans, Runtastic can also save your favorite routes so you can try them again when you feel like it. It can also help in motivating you to beat your own personal record. In addition, it allows you to post your stats on social media when you’re feeling proud of your achievements.

The Best iPhone Solar Chargers On The Market