You are here: Home / Apps / Should Apple be Legally Obligated to Develop Apps for Rival Operating Systems? 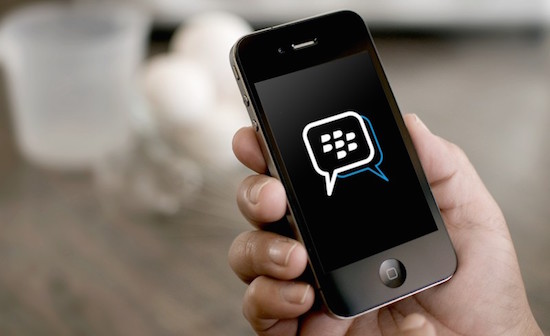 We all know that net neutrality has been a hot topic of late with content providers, broadband service companies, and the Federal Communications Commission butting heads with one another over the future of the Internet. But earlier this week BlackBerry CEO John Chen posted a letter that he sent to members of the U.S. Congress that looks to expand the definition of net neutrality in a very perplexing way. Chen says that the definition should include “app neutrality” too, and that he believes that legal action should be taken to force app developers to release their software on all mobile operating systems. In other words, Chen would like to disregard marketshare, development costs, and basic economics in order to ensure that if an app is made for iOS or Android, it should be made for BlackBerry and Windows Phone devices too.

In the letter, which was posted to the BlackBerry website on Wednesday, Chen argues that “If we are truly to have an open Internet, policymakers should demand openness not just at the traffic/transport layer, but also at the content/applications layer of the ecosystem.” In other words, net neutrality shouldn’t just apply to the method of which content is delivered, but to the content itself as well.

Chen goes on to use Apple as an example of his proposal. He points out that while BlackBerry has released a version of its BBM messenger service for iOS, Apple has not responded in kind by providing a version of iMessages for BlackBerry users too. He goes on to takes Netflix to task for not releasing an app for BlackBerry as well, going as far as to say that the company has “discriminated against BlackBerry customers by refusing to make its streaming movie service available to them.” While it is easy to understand why Chen is so frustrated with the disparity in the number of apps that are produced for his platform, one can’t help but wonder whether or not he is a bit delusional here. After all, the BlackBerry has seen its fortunate plummet over the past few years as a direct result of underestimating the threat of the iPhone.

For his part, Chen took over the job of CEO in the fall of 2013, long after the company had fallen off the precipice. During that time he has done an admirable job of salvaging a sinking ship, but the marketshare for BlackBerry products has become insignificantly low, making it very difficult to lure app developers to the platform. Considering most of them only make money on iOS, it is a wonder that apps are made for other mobile operating systems at all. Of course, Android’s massive user-base makes it a great target for mobile software as well, but after that the drop off is dramatic.

Creating good, high quality apps for mobile devices is a time consuming, expensive process these days. That is why developers are always going to release their projects on the most dominant platforms first. After that, if there are resources to spare and it makes economic sense, they will bring their apps to other platforms as well. The problem is that developing apps for BlackBerry isn’t economically viable for small developers, and that isn’t likely to change anytime soon. But what about companies like Apple and Netflix which do have plenty of resources at their disposal? Should they somehow be obligated to bring their software to other mobile operating systems? For Netflix this isn’t about discriminating against BlackBerry users in any way, its simply that the overlap of the two companies customers base is so small that is it’s worth the time and effort to create an app for the platform.

As for Apple, what incentive does it have for delivering iMessage – or any of its other apps – to a rival operating system? Their homegrown apps help to distinguish the iPhone from its competitors, luring customers with unique software that performs well. If that software were on all mobile devices, the company would lose some of its competitive edge, which is is no doubt what Chen hopes to see.

It should be pointed out that BlackBerry only made the choice to go multi-platform with BBM after it became clear that the company had lost its customer base. Until then it held onto the messenger service tightly, and used it as a bullet point for keeping customers from leaving for greener pastures. Were the roles reversed, I doubt very much if John Chen would be advocating for a cross-platform version of his software for iOS and Android, let alone the need for iMessage to come to BlackBerry devices. The hard reality that Chen has to face is that BlackBerry has now been so marginalized in the mobile market that it has been relegated to “also ran” status. It is clear that the company will never regain its past glory, and he should probably be seriously considering selling to Samsung as has been rumored. This idea of “app neutrality” is truly grasping at straws, and it only helps to make him – and BlackBerry – look even more desperate.