You are here: Home / Apps / 15 Fantastic iPad Apps for Kids 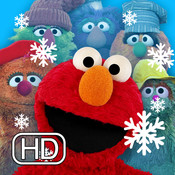 Did you know that apps make terrific gifts? This year, why not forgo the stocking stuffers in favor of some apps that your kids can play on your iPad? There are so many incredible apps in the App Store for kids, I couldn’t choose. So I let my 4-year-old do it for me.

Kids are uniquely suited to the iPad, because they bring no preconceived ideas to it about how computers have always worked. They simply see something they want to do on the screen, and they reach out and touch it. My 4-year-old son just loves to get on the iPad when Daddy’s not using it, and it comes so naturally to him… it’s just amazing to watch him go.

Having played on the iPad for more than a year now and tried out dozens upon dozens of apps, here are his fifteen favorites. $2.99
Learn about animals and the alphabet at the same time in this smart, minimalist app is exactly the kind of thing Steve Jobs would use to teach his own children. Free
Use pre-made items to create photos, slideshows, and even movies. Guaranteed to bring out the creative side of your little guy or gal! Free
Hallmark created this terrific interactive storybook (and four others starring other animals) that stars a lovable stuffed bear and comes with several activities for kids. A narrator reads the story aloud, or you can record your own voice reading it instead. Stuffed animals at Hallmark stores can interact directly with these apps, but aren’t required. Day of the Diesels

$4.99
My little guy is just bonkers over this one, and it’s easy to see why. It includes the entire story from the animated film, along with loads of puzzles and games. $3.99
It’s like having your very own Jurassic Park — without all the terror and death. Watch, learn about, and interact with realistic-looking dinosaurs just like you would if there were a real zoo filled with dinosaurs. It’s a little sparse on dinos at the moment, but loads more are on the way. Free
Boys and girls alike love this user-friendly app that lets you mix, bake, and decorate your very own cupcakes. When you’re all done, just tap on the finished cupcake to take a bite; you can share with a friend or “eat” the whole thing yourself! $3.99
Yeah, I know how most parents feel about Elmo. But this app’s just darn fun. When it starts up, you’re presented with a parade of eyeless, noseless Muppet monsters. Pick one, and then add eyes, a nose, and a hat. From there, your monster can play with Elmo, dance, or have his or her picture taken. Best of all, the app is frequently updated with seasonal content. My two-year-old loves this one, too. Free
There are a gazillion apps that feature creatures of some kind — animals, aliens, Santa Claus — that will talk to you, repeat what you say, and perform tricks on command. This one’s little more than a promotional tool for the movie, but my kids are having a blast with it (and they’re not familiar with the films). Free
A fun, simple game where the app starts assembling various items using LEGO bricks, and you guess what is being built before it’s finished. Easy to play, but challenging enough to hold kids’ attention. $1.99
Not specifically made for kids, but I defy you to find a single child who isn’t captivated by this novelty app. Four different styles of piano keyboards are available for you to toy with to your heart’s content. The Monster at the End of This Book

$3.99
An absolute must-have for kids of all ages. This interactive storybook finds your “loveable friend Grover” trying to stop you from reading a virtual book that promises a “monster” on its last page. You can guess how it ends, but it’s utterly adorable, and Grover can always be counted on for laughs. A recently released sequel adds Elmo as Grover’s sidekick. Free
A wonderful collection of videos — both short clips and full-length episodes — that’s curated weekly with material from all of PBS’ most popular kids shows. Requires an Internet connection to work, but can be a total life saver when you’re in a doctor’s office waiting room, for example. Free
What child doesn’t love drums? Rather than have them beating on your pots and pans, just set ’em loose with this super-easy drum set, which is shaped to fit the fingers on your hand. It won’t hold their attention long, but they’ll keep coming back to it regularly. $4.99
Very well made storybook that features an all new original story starring the characters of Toy Story 3. Jam-packed with puzzles and activities, this one is designed specifically to help kids learn to read.