You are here: Home / AppleTV / Will Games Help Sell The New Apple TV? 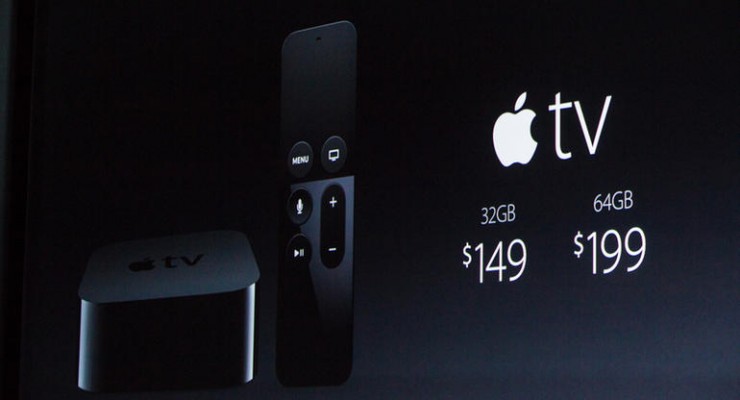 For the past decade or so, Apple has been known for making ridiculously great products that people quickly learn to live and have a hard time living without. Take the iPod, for example. It’s simple and easy-to-use user interface helped herald the end of consumers regularly buying physical albums at brick and mortar stores. It wasn’t until the iPhone came into its own that the iPod took a backseat in music consumption. It’s easy to become numb to Apple’s impact on popular culture, but the company has really changed the game in the tech world and beyond. (Now that it’s here, just try to imagine a world without the iPhone? See what I mean?)

In spite of their success, however, one of the major problems with Apple’s product line is that it just seems a little stale. It’s a little boring. Yes, the iPhone is arguably the best mobile phone on the planet, but all the models have been relatively similar. That’s sort of the point behind the company’s new iPhone 6s ad “The Only Thing That’s Changed Is…”

The iPhone is obviously Apple’s marquee product, but Apple does, in fact, sell more than just iPhones, and one of their major projects today is something that was once relegated to simply a hobby: the Apple TV.

But until this point, it’s been unclear how Apple could get people to update their current Apple TV model. With iPhones, it’s easier. Most people buy their iPhones through their mobile carriers, and the carrier either subsidizes the purchase of the phone, or you basically lease the phone through the mobile carrier. But with the Apple TV, there’s no middleman offering an incentive to upgrade. Spending another $150 on a new Apple TV might be a tough sell because the old Apple TV still functions as well as it ever did, and it does most of what people want out of a streaming device.

For years, Nintendo has rejected ideas to bring their games to iOS and Android devices, but earlier this year, Nintendo reversed course, and Nintendo just announced that it will soon release its very first smartphone game, Miitomo. While it’s not clear exactly what Miitomo will be or what the gameplay will actually be like, it is a clear shift from Nintendo’s previous console-focused plan for its future of gaming.

The launch of the new Apple TV and Nintendo’s entrance into the iOS App Store could converge and really give people a reason to give their old Apple TV to a family member and upgrade to the latest and greatest, the new Apple TV.

Like most people, I really love Mario. When I was growing up, everybody played Mario, but with the Wii’s relative lackluster performance against console juggernauts like Sony’s Playstation and Microsoft’s Xbox, it’s been a long time since Mario was a staple of video game culture. It’s also been a long time since I’ve played a new (good) Mario game, so for years I’ve just had my Nintendo 64 sitting in my entertainment center, but the new Apple TV has the potential to change all of that.

This new Apple TV could be just the thing that would make Nintendo relevant again to casual gamers, a relatively untapped market before mobile gaming became so popular. Casual gamers don’t mind spending $.99 on a quick and easy game, and they don’t even mind spending $10 on more advanced games. In the past few years, the App Store has shown us that it is capable of running some pretty complicated games; titles like Grand Theft Auto and Final Fantasy bring 3D gameplay to your handheld devices in a way that seemed impossible not too long ago. Who’s to say that a new Mario Kart or Super Mario couldn’t find its way onto the App Store as well?

Nintendo has already said that it is interested in making new games for the App Store, so you might not be playing Super Mario 64 on your iPhone any time soon, but that opens the door to a lot of new possibilities for the king of retro games.

Having the possibility to play games, real games, on Apple TV is enough of an incentive for me to want this device immediately. Maybe it won’t be Nintendo who eventually makes great games for the Apple TV, but there is a niche market there for the right company to swoop in and cash in.

Will you be buying the new Apple TV? Let us know in the comments below.

How to Organize Your Apple TV Home Screen