You are here: Home / AppleTV / How the Apple TV is Becoming More Important for Apple 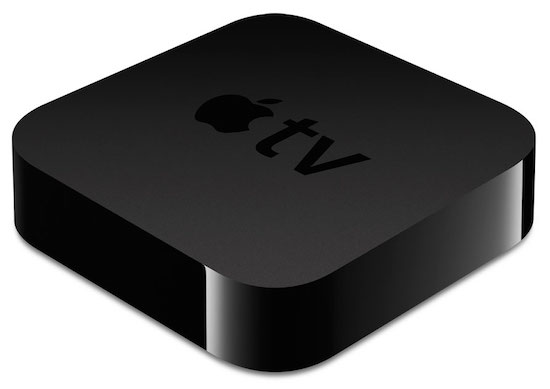 Back in 2007, while speaking at the All Things Digital conference, Steve Jobs famously referred to the Apple TV as a “hobby.” At the time, Apple’s ambitions were clearly focused elsewhere as the company set its sights on selling more Macintosh computers, growing its music business, and making its first foray into the mobile phone market. Since then, the Apple TV has seen a few hardware and OS upgrades, added more content providers, and gone on to sell millions of units. Apple’s “hobby” has become a modest success story to say the least, earning $1 billion in sales in 2013 alone. But the little black device is about to become far more important to Apple’s future as it takes center stage in some very ambitious projects yet to come.

Last week the Wall Street Journal broke the news that Apple is working on its own streaming television service that is expected to debut in the fall. Reportedly the tech giant is in talks with a number of broadcast and cable networks and is planning to offer a low-cost package to subscribers that would include programming from the likes of Disney, Fox, CBS, and Discovery.

If these reports are true, the new service would be streamed to our homes over the Internet, providing viewers with an inexpensive alternative to cable television. Presumably we would be able to watch the content on all of our Apple devices, including Mac laptops and desktops, iPhones, iPads, and of course the Apple TV. The diminutive set-top box would be the easiest way to get the service onto your television, and would likely be the preferred way of enjoying the available content.

Launching a streaming television service would not only provide a new revenue stream for Apple, it would also sell a lot of Apple TV boxes too. That makes it a win-win for the company’s bottom line, and turns the “hobby” into a legitimate business. Last Friday, rumors began circulating that an updated Apple TV is in the works and will debut at the World Wide Developers Conference (WWDC) in June. Supposedly, this new version of the hardware would be powered by the same A8 chip found in the iPhone 6 and would come equipped with voice controls via Siri too. But more importantly, it would also offer access to the App Store for the first time, unlocking a lot of potential for the device to do much more than just stream Netflix and Hulu.

This rumor makes a lot of sense as it would give Apple a much more capable set-top box for the streaming television service mentioned above, and could potentially mark the company’s long-awaited entry into the video game market as well. We know that the A8 chip is capable of powering some amazing looking games, and it has the ability to output video at 4k resolutions too. Considering the fact that the Apple TV hasn’t been updated since 2012, this seems like a logical move on Apple’s part. It would also turn the device into a multimedia powerhouse that is far more versatile and attractive than the current model.

A Hub for the Smart Home

Last year at the WWDC Apple introduced HomeKit, a series of protocols built into iOS 8 that would allow developers to create apps and hardware that interact with our homes. The idea behind HomeKit is to make it easier than ever to control lights, adjust the thermostat, unlock doors, and a host of other activities all from our iPhones.

In January, the first HomeKit enabled products made their debut at the Consumer Electronics Show, where companies began unveiling their visions of the smart home of the future. Those products will begin making their way to market later this year, potentially revolutionizing the way we interact with our homes in the process.

What’s interesting about HomeKit is that it allows us to use voice commands to instruct Siri to adjust lighting, temperature, and other variables within our home. But to do so from a remote location you need an Apple TV to serve as an intermediary device to interpret those commands and pass them on correctly. In this early stage of smart home development, the Apple TV’s role is fairly minor, but with a more powerful version – with better Siri integration no less – on the way, it is easy to see how the device could play a bigger role as HomeKit develops further. For a long time now the Apple TV has kind of been the forgotten product in the Apple line-up. But that seems likely to change later this year, when it will take center stage in a number of significant plans for the company. At this point, much of what I’ve written is based on speculation and rumor, but it seems that in 2015 the Apple TV will no longer be seen as a hobby, and will take a central role in Apple’s strategy moving forward.

iPad Pro with USB Ports on the Way