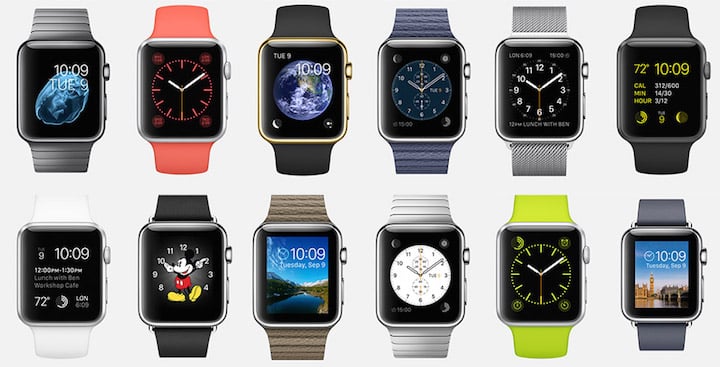 After a few months on the market, Apple Watch sales in America have dropped 90 percent since April 10, the first day of preorders, according to Slice Intelligence, a research firm that collects and catalogs information on consumers’ online shopping behavior. According to the report, at the start of the preorder phase, Apple was selling more than 200,000 units a day, but by June, Apple Watch sales decreased to less than 20,000 units a day. Is the Apple Watch a flop?

Even before the Apple Watch was introduced, critics of Apple (and wearables in general) have been ready to sign off on the watch’s death certificate, and this report from Slice Intelligence seems to put the final nail in the coffin. With that in mind, it’s easy to see how the Apple Watch could look like a certified flop. But not so fast.

You’ve heard this before. Why? Because the Apple post-Steve Jobs narrative is easy. With just a mention of Jobs, critics call up the fear and anxiety that lingered around the company just after Jobs’s death. And since the Apple Watch is Apple’s first new product line since Jobs’s death, it is, quite predictably, an easy target.

Other bloggers have questioned the validity of Slice Intelligence’s methods, pointing out that this report shows that initial numbers from the beginning of the launch were more than 200,000, but on April 12, the company’s blog reports that approximately 957,000 people in the United States ordered an Apple Watch. In that same report, Slice Intelligence reports that the average buyer ordered an average of 1.3 watches, which would, presumably, drive up the number of watches sold (957,000 people x 1.3 watches = 1,244,100 total watches ordered). But I digress. Putting aside Slice Intelligence’s questionable data, let’s assume for a moment that the latest Slice Intelligence’s report (you know, the one that makes the Apple Watch look like a flop) is absolutely true. (This may call for some particularly adept use of your imagination.) Even if Apple is selling less than 20,000 units a day, let’s say much less than 20,000 units a day, is the total number of watches sold really an indicator of whether or not the Apple Watch is a flop?

iPhone sales, like it or not, are now the go-to measurement of any Apple product’s success. The company sells an absolutely inconceivable number of smartphones every single year. In just the first half of the 2015 fiscal year, Apple has already sold 135.64 million iPhones. It’s absolutely staggering. So when Slice Intelligence claims that Apple is selling less than 20,000 Apple Watches every day, it seems alarming. But it’s prudent to remember that the Apple Watch is not the iPhone, and it wasn’t intended to be.

In recent years, smartphones have almost become necessities, and as the United States continues in its transition to a knowledge based economy, there is no sign of the smartphone going anywhere. Put simply, you need a smartphone in order to participate in the twenty-first century economy.

But when most consumers buy iPhones, they don’t pay the full retail price. Wireless carriers subsidize as much as $400 on each iPhone, making your upgrade much less expensive (between $0 and $400) than it otherwise would be. But according to the Apple website, I could get this exact iPhone for as little as $24.97 per month with AT&T or a one-time fee of $299 from Sprint and Verizon, with a new 2-year contract. For as little as $299, I can purchase this state of the art iPhone. Not bad, eh?

Well, Apple Watches don’t exactly fit this business model. Where Sprint and Verizon would cover $650 of my iPhone 6 Plus purchase, they’re not willing to cover a single cent of the Apple Watch’s price. The Apple Watch doesn’t directly impact their bottom line. C’est la vie. With the carrier’s subsidies, you can get a brand new iPhone 6 Plus with 128GB of storage for less than the price of the cheapest Apple Watch! It’s important to remember that the Apple Watch isn’t intended to be used without an iPhone; it’s not a standalone product. The watch simply gives you an interface for your iPhone that’s on your wrist. It’s an accessory, not a necessity.

Even if the Slice Intelligence report is based in fact, it doesn’t mean that the Apple Watch is a failure. To put these Apple Watch sales numbers into perspective, take a look at the performance of Samsung’s Galaxy Gear. Samsung unveiled their Galaxy Gear in 2013, and by 2014, only 1,200,00 units had been sold. The Apple Watch isn’t doomed.

We’re used to Apple products wowing everyone and flying off the shelves, but maybe we shouldn’t expect massive sales numbers from products like the Apple Watch. But as the company diversifies its product line, is it such a stretch to imagine that the company is nimble enough (and smart enough) to create products with specific customers in mind? I think we’re already seeing this in action with rumors of a larger iPad, apparently a gadget aimed at the corporate market.

To avoid this iPhone vs. new Apple product comparison, we need a new metric for measuring the success for Apple products, preferably one that takes the joy of using an Apple product into account. Personally, I wear an Apple Watch every day. I love it and the experience, but it may not be for everybody in the same way that the iPhone is designed to be.

We’re comparing apples and, well, apples, but the iPhone and Apple Watch are definitely two different types of apples. In short, it’s no surprise that the Apple Watch falls well short of the iPhone—it was designed to complement the iPhone, not to compete with it.

What do you think of Slice Intelligence’s report on Apple Watch sales? Leave your thoughts in the comments below.

The Apple Watch as a Classic Pocket Watch

A Day with Apple Watch