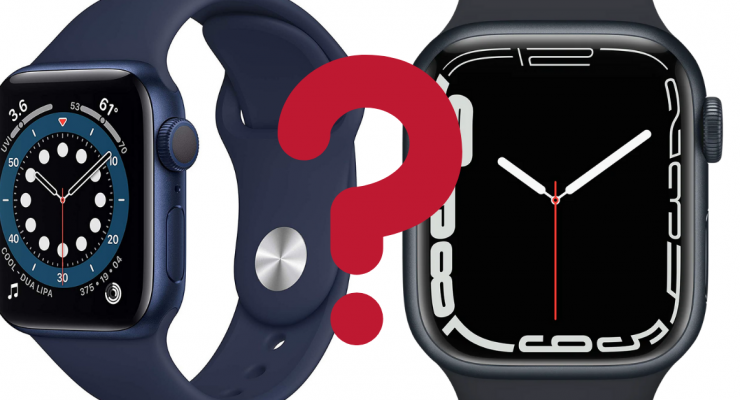 Now that the Apple Watch Series 7 has been released, a lot of people are now asking themselves: is it worth it to upgrade? Between the Apple Watch Series 6 and Series 7, which one is more worth considering? Is there even a big difference between the two? Of course, there are improvements from Series 6 to Series 7, but the question is: is it worth it?

In this post, we will discuss the main differences between the Apple Watch Series 6 and the Series 7. From the processor up to the price, we can compare the two and confirm which one is the best for you depending on what you’re looking for.

Surprisingly, Apple did not upgrade the processor for the Apple Watch Series 7. If performance is the main deal for you, you won’t really be missing out with the Series 6. Both series are using the same 64-bit dual-core processor. Don’t be fooled by the name, since they’re calling the SiP the “S7”; it’s the same as the one used in Series 6.

Hence, if you actually watched the announcement, you might have noticed that Apple didn’t really discuss the processor for the Series 7. If you’re upgrading from a Series 3 or 4, then there is a significant increase in performance. However, if it’s between Series 6 and 7, both are equal in terms of performance.

Now, this is where the difference comes into play. The main upgrade from Series 6 to Series 7 can be seen in the design of the new series. First off, Series 7 has a slightly bigger case. From the 40mm and 44mm of Series 6, Series 7 offers 41mm and 45mm. You might not even notice it at first glance.

However, the screen display is what sets Series 7 apart. Its screen is 20% larger than that of Series 6. This increase can be attributed to the minimized bezels on Series 7. For people who are always struggling with the small screen size of the Series 6, you’ll be delighted to know that the Series 7 offers a bigger and curved display.

Other than that, the design is pretty much the same. Both Series 6 and Series 7 feature the Always-on display. All the bands from previous models will also fit the Series 7. If you want a bigger screen, we’d say, go for the Series 7. If a smaller display is okay for you, you can settle with the Series 6.

Another improvement on the Apple Watch 7 is the battery. Compared to Series 6, Series 7 is capable of charging 33% faster. From a depleted battery, you will need 60 minutes to charge up a Series 6 watch up to 80%. However, with Series 7, you will only need 45 minutes. If you use your Apple Watch to track your sleep, you only need to charge the Series 7 for 8 minutes for it to be able to track your sleep for 8 hours. That’s amazing.

However, in terms of battery life, there isn’t a difference. Both Series 6 and Series 7 can last up to 18 hours of usage.

Comparing Series 6 and Series 7, they both come with the same core features. You get the ECG app, the Blood Oxygen app, heart rate notifications, sleep tracking, fall detection, and Emergency SOS. Both series are also water-resistant up to 50 meters below water but the Series 7 is dust-proof. In terms of the key features, there isn’t really that much improvement from Series 6 to Series 7.

The Apple Watch Series 7 starts at $399 while the Series 6 is no longer available on the Apple Store. If you can still find it in other stores, it’ll naturally be more affordable than its successor. It’ll really depend on whether you’re willing to pay the extra amount for the larger screen display or not.