You are here: Home / Apple TV Plus / These Shows Make Apple TV+ Worth It 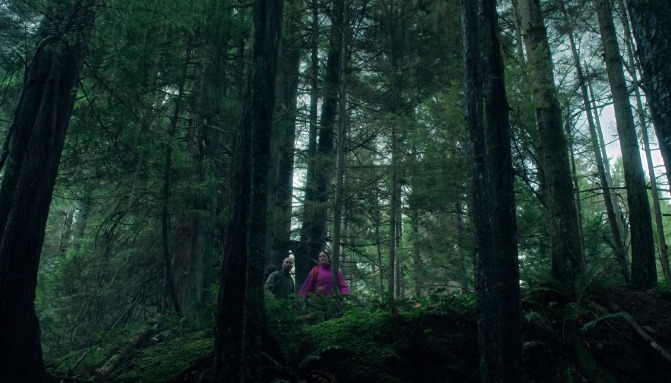 When it comes to streaming movies and shows, AppleTV+ is admittedly not on the top list… yet. Unlike Netflix, Disney+, and HBO Max, AppleTV+ currently doesn’t have a huge collection of streaming media to offer. However, just like with everything Apple, it’s not about the quantity; it’s about the quality.

There are several genres to choose from here and if you’d like to take a look, here are some of the best shows to watch on AppleTV+ that just make this platform worth it.

Shows that Makes Apple TV+ Worth It

If you haven’t heard of Ted Lasso yet… where the heck have you been?! It’s gaining a lot of traction and a lot of people are signing up for AppleTV+ solely to watch this show. Does it live up to the hype? A resounding YES.

Ted Lasso stars Jason Sudeikis from SNL and Colossal and tells the story of an American football coach of the same name. He’s a folksy dude who goes and moves to London for his job and is tasked to manage a soccer team that has zero clue about football. It’s definitely a feel-good comedy series that’s perfect to watch after a long workday.

Where to Get a Refurbished Apple TV

Don’t worry, this one isn’t just about sports. This show makes a ton of pop-culture references so most everyone can relate. Some of the jokes are kind of weird but surprisingly still funny. If you don’t believe us, take it from the professionals who nominated this show for various Emmy awards. See for yourself and thank us later.

No, this isn’t a talk show. Leading as one of the first big hits of this platform, The Morning Show is a media drama revolving around a famous morning TV show of the same name. It stars Steve Carrell as beloved anchor Mitch Kessler, who is accused of sexual harassment. His former co-host and onscreen partner Alex Levy, who is played by Jennifer Aniston, is left to clean up after this disaster.

Reese Witherspoon also plays a part in this show as Bradley Jackson, who is a local reporter suddenly put in the spotlight. You might be interested to know that the new season is coming this fall and it’s said to take this show up a notch. The new season might also include some of the issues surrounding the pandemic and the government.

Of course, there’s also a period drama genre for all you folks who are fascinated by the old and refined lifestyle and culture. Dickinson plays the life story of well-renowned American poet Emily Dickinson before she rose to fame. Hailee Steinfeld plays the titular role and it’s refreshing to watch her in a different light. The show currently has two seasons with the third one in the works.

Outlander creator Ronald Moore strikes again with this AppleTV+ series called For All Mankind. Watch it if you’re curious about the alternate history of the Cold War and the Space Race. This show also features fantastic period costumes and the storylines can move you to tears (if you’re the emotional type!). The cast is well chosen and fitting for each character. For All Mankind is definitely a must-see!

The Me You Can’t See

The Me You Can’t See is a collaboration between the Queen of American TV Oprah and Prince Harry. It’s a documentary series that talks about mental health and consists of six parts. Directed by Dawn Porter and Asid Kapadia, this show interviews famous people like Glenn Close and Lady Gaga and tackles mental illness and how they deal or dealt with it. It also features everyday people who are dealing with the same issues and how they seek mental wellness.

Based on an iconic novel written by Paul Theroux, The Mosquito Coast tells the story of an inventor who leaves America due to paranoia. He takes his family with him and tries to set up a new life in a foreign land. The main role is played by Justin Theroux, who is the nephew of the author. Not everyone takes this kind of path but the story is actually relevant to a lot of people because it deals with failure and survival.

You probably already know and love Michelle Dockery’s performance as Lady Mary from Downton Abbey. While waiting for the film, you can watch her star in this show called Defending Jacob, along with Chris Evans. It’s a drama that tells the story of a family that lives in Massachusetts. Everything seems normal until their 14-year-old boy is accused of murder. It’s definitely an intriguing plot and just begs to be watched.

An upcoming comedy series that has everyone excited is Schmigadoon! You might already know Keegan-Michael Key from Key and Peele, a comedy sketch show. Along with Cecily Strong, this duo plays an unhappy couple that accidentally arrives in a town in the woods set in the 1940s. The townsfolk routinely sing their hearts out and the story mimics the Golden Age of movie musicals. The couple is stuck in this town until they “find true love.” This show has not yet been released but it’s definitely keeping us on our toes.