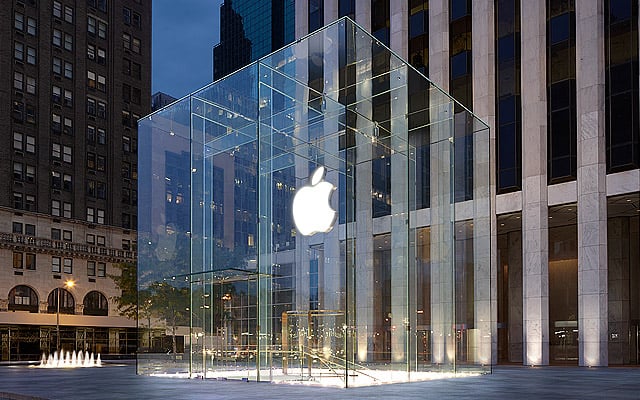 The 5th Avenue “cube.” The cylindrical glass tower in Shanghai. The subterranean store at the Louvre. Apple’s iconic stores are like no other retail spaces in the world, and they were all designed by the same architect.

Apple’s glass shrines, which come in all shapes and sizes, are all designed by Pennsylvania-based architecture firm, Bohlin Cywinski Jackson. BCJ employs dozens of architects and designers, but there’s no clear consensus on what single member of their team — if there is just one — is most responsible for the designs of Apple Stores. (Wikipedia attributes them all to founding partner Peter Bohlin, but its information is unconfirmed.) Lest you believe that Apple’s incredible retail stores have catapulted Bohlin Cywinski Jackson into the stratosphere, the stores’ popularity raising the international profile of BCJ… The firm was founded in 1965, and has worked on major facilities for universities all over the world, including Princeton and Yale; the Liberty Bell Center; “the Barn” at Falling Water; Grand Teton National Park Discovery and Visitors Center; Adobe San Francisco; and the headquarters of Apple’s sister company, Pixar Animation Studios.

For Apple, BCJ is responsible for tailoring store designs that are as unique as their locations. For the Apple Store at the Louvre, for example, the space was designed as a response to the inverted glass pyramid in the underground Carrousel du Louvre. BCJ says that “the monumental stone lining the Carrousel walls extends into the Apple Store entry to seamlessly integrate the two spaces.” BCJ designed a custom, round glass elevator for the world-famous glass cube store 5th Avenue store in New York. The cube was made to complement the expansive plaza in front of the GM building. The firm designed the restrained retail space occupying the upper balconies at Grand Central Station’s main concourse. This store’s design was constrained by the fact that no elements of the store could exist above the heads of the shoppers. BCJ rose to this challenge by designing custom lights to attach to the store’s merchandise tables that go unnoticed in the bustling space. They took a minimalist approach to the rest of the store as well, choosing not to detract from Grand Central’s historic architecture in any way.

As much of the credit goes to the creative minds at BCJ, it’s worth noting that Apple has patented or filed patents for their most original designs, such as the cube and the cylinder. And the name listed first on those patents? Steve Jobs. It’s well known that he had a major eye for detail, particularly in design, and he was known to obsess over everything regarding Apple’s retail stores. Clearly, he had a hand in their overall design as well, though I suspect most of the heavy lifting — the structural engineering and so forth — was left to Bohlin Cywinski Jackson. For example, BCJ is directly responsible for those amazing spiral staircases made entirely of glass — truly an engineering marvel — that are used in stores with more than one floor.

Curiously, when it came time to design the new “mothership” headquarters for Apple in Cupertino, Steve Jobs didn’t turn to BCJ. Instead, he enlisted Foster & Partners, who specialize in enormous, modern structures.