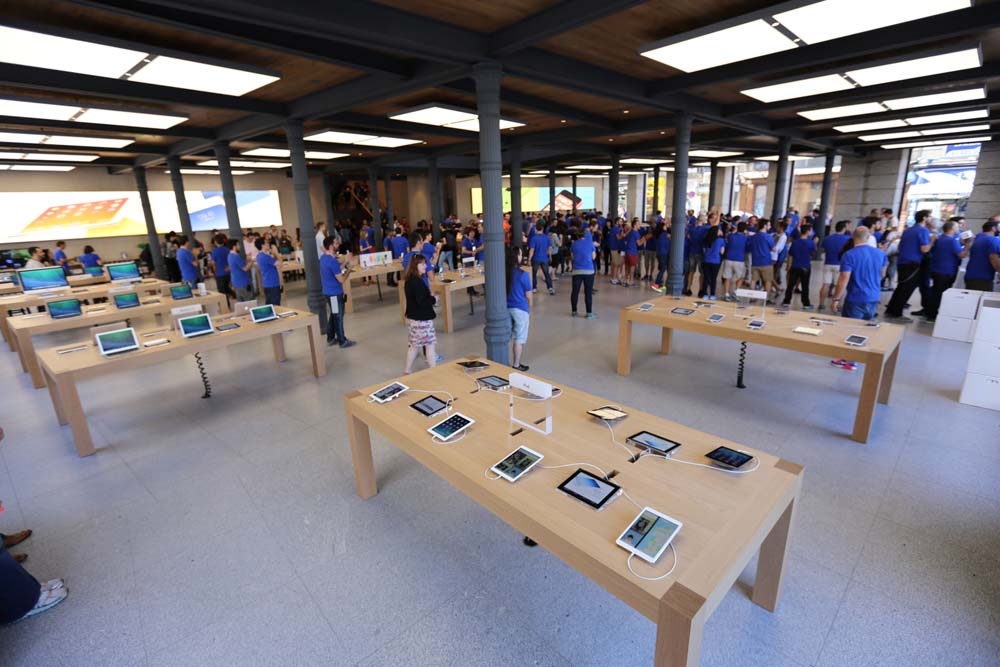 Gary Allen of Forbes talks about the new Madrid Apple Store, which opened over the weekend, and more than talking about how nice and spacious the edifice is, he calls it “a very expensive gift of history to the city.”

The new Puerta del Sol store opened Saturday morning inside a 14th-century site that overlooks the city’s main plaza, the site of many gatherings, both friendly and violent. After signing a lease, it cost Apple millions to demolish, renovate and refurbish parts of the structure, as well as upgrade it to modern building standards. They were reportedly the only company with the money, expertise and motivation to bring back much of the building’s original heritage and put it on display for the public. Apple’s determination became even more obvious when half-way through the four-year store project workers uncovered ancient ruins in the basement that cost thousands of dollars to protect and preserve.

Take a look at some photos of the opening day.