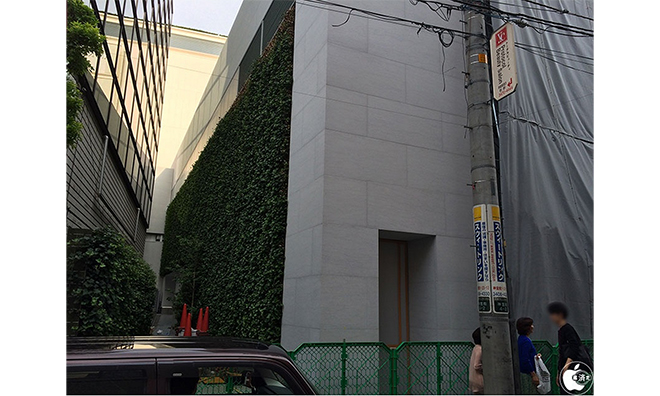 Going green has been part of Apple’s mantra for some time now. In their dedicated page for Environmental Responsibility, they boldly say “We want to leave the world better than we found it.” If only everyone thought (and acted) the same way! While that may “only” be a web page, Apple has taken concrete steps in going greener. At the end of April, the company actually hired a new director for renewable energy: former vice president of NV Energy Bobby Hollis is now Apple’s Senior Renewable Energy Manager.

With Apple’s data centers, at least, we know that the company is trying to lessen its carbon footprint.

What about Apple Stores?

In Japan, a new Apple Store is in the works: Apple Store Omotesando. According to Japanese Apple site macotakara, the said Apple Store is implementing energy-saving measures. That’s not such a novel thing in itself, but what stands out is that the store will be using something that has never been used before (at least in Apple Stores): a green curtain.

From what has been observed, at least one wall of this particular Japan Apple Store will be covered in green foliage. This could be a way to cool down the inside of the store when temperatures rise due to the glass walls which encase the premises.

Since the store is still under construction and is not due to finish till the end of June, the details are not exact, but if the macotakara is correct, this specific Japan Apple Store is one to visit – if only for the novel experience.