You are here: Home / Apple Pay / Why the Holiday Season Will be a Major Test for Apple Pay 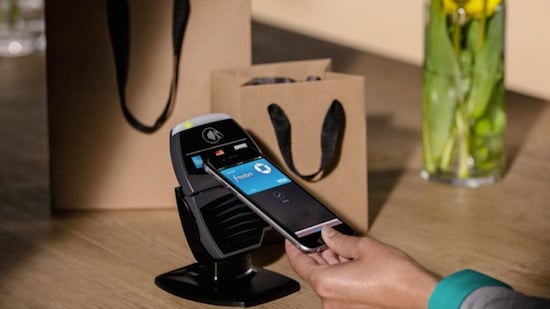 By most accounts, Apple Pay is off to a modest start, with some consumers already embracing the NFC payment system even as Apple rushes to add more retailers and banks to the service. But the fledgeling payment system will face a major test this holiday season, when shoppers flock to retail outlets searching for the perfect gift for friends and family. While Apple Pay won’t be available in some major retail outlets – most notably Walmart and Target – its performance over the next few weeks could have a major impact on the service, and determine just how successful it will ultimately be. It is no secret that the holiday shopping season makes up a large part of the revenue generated by retail outlets in any given year. In fact, many stores bring in 40% or more of their sales in November and December alone. Over that period of time, shoppers are often in a hurry, and prefer to pay with their credit cards rather than cash. That makes holiday shopping a prime time to put Apple Pay to the test, as the system is heralded for being fast, convenient, and very secure.

Those qualities should make it a hit with consumers, provided the places they are doing their shopping actually support the service. As mentioned, retail giants Walmart and Target don’t accept Apple Pay because they are a part of the MCX consortium, which is attempting to build a rival payment system of its own. But other outlets such as Bloomingdales, Macy’s, and Toy R Us are accepting Apple Pay, which should give it some traction heading into Black Friday and beyond.

If consumers use Apple Pay frequently throughout the holidays, it could lead to other retail outlets agreeing to accept the service as well – including even Walmart and Target. Of those two companies, Target seems more likely to begin accepting Apple Pay first, although to do so would be to break with their MCX brethren. Retailers that make up the group have vowed to not accept rival payment services, although it wouldn’t be the first time a member has broken ranks. Grocery chain Meijer is a part of the MXC group, but has already begun accepting Apple Pay too. According to the early numbers, Apple’s payment service has the chance to have a major impact on the retail space. Whole Foods announced that in its first three weeks of accepting Apple Pay, more than 150,000 transactions took place using the service. That’s about 1% of all of the company’s transactions, which may not sound like much, but when you factor in the relatively small number of iPhone 6 owners (the only device that is Apple Pay compatible at the moment) and the restrictions of which banks are currently part of the program, and you start to see the potential for the future. As more banks are added, and more people acquire devices capable of making the NFC transactions, the number of purchases will surely rise.

Whole Foods isn’t alone in seeing a swell of contactless payments either. McDonald’s says that 50% of its tap-to-pay transactions are now done with Apple Pay, while Walgreens indicates that it has seen its mobile payments double since the launch of the service. That means that in a little less than month, Apple Pay has already started to have an impact on how customers pay for their items at outlets that are equipped to complete the transactions.

Not every retailer is seeing much of an impact from Apple Pay just yet however. Toys R Us reports that it has had very few transactions thus far, although the company didn’t share any specific numbers. The retailer blamed the slow start on new technology that consumers are still getting acquainted with, although early adopters are certainly leaving their mark elsewhere. As the holiday shopping season gets into full gear, Apple Pay will get the opportunity to show what it is capable of. While it is undeniably fast and convenient, it is the security of the service which should make it popular. Last year, during the holiday blitz, Target was the subject of a much-publicized security breach that resulted in millions of credit card numbers being stolen. That isn’t possible with Apple’s system, as no credit card number is ever exchanged, and thus can’t be compromised. That should be reason enough for consumers to embrace Apple Pay, although most are likely to just love how incredibly quick and easy the service works.

No matter how Apple Pay performs this holiday season, Apple is in it for the long haul. The company has admitted that it will be an up-hill battle for adoption early on, but it is prepared to keep working with retailers and credit card companies to make the service more universal. Still, if many consumers use the system during the busy shopping season it could convince more retail outlets to start accepting Apple Pay as well. That would be just the momentum that Apple needs to push the service forward in 2015.

We’ve been told for some time that NFC payment services are the future of retail, but it seems Apple is the only company that is poised to truly make that a reality.

Apple Pay Must Overcome Corporate Politics and Greed to Succeed

How Apple Pay Works, and How it Could Change Your Life