You are here: Home / Apple Inc / What Will Be The Outcome Of Apple’s Future Technologies 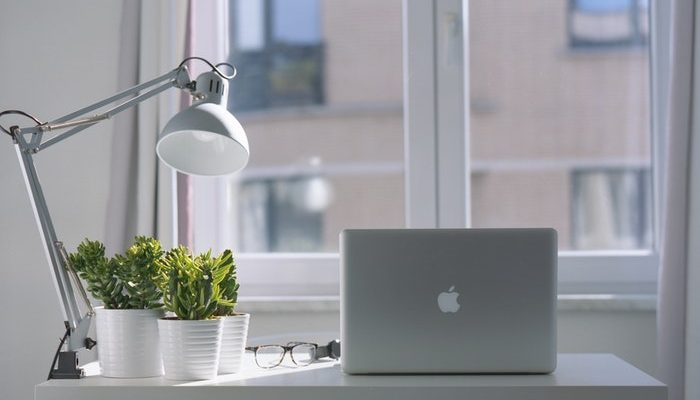 The future belongs to technology. We are living in an era of a technological boom. The advancements are so rapid that the world isn’t the same as it was the previous year. Technology is taking over and it’s here to stay.

From the invention of email in the 1970s to wireless technology in the 2010s, the world has seen many colossal innovations. This isn’t the end of the road as companies such as Apple Inc. have been working on quite a lot of things such as augmented reality glasses, cars, virtual reality, wireless chargers for laptops, integrating Siri into smart homes, etc. The future of technology looks promising and beneficial for humankind alike.

Apple has been working on augmented reality glasses for quite a while now. These glasses would be including features such as a built-in processor, a dedicated screen display, and a reality operating system (rOS). The inputting of data will be via touch panels, voice activation, and hand gestures. The glasses are said to be supporting applications ranging from mapping to texting.

There is another version of the eye-ware that Apple has been developing. These glasses or Head Mounted Devices (HMD) are said to have a powerful new vision correction optical system that would enable the user’s prescription glasses into the system. The system will then alter the optics to address vision problems such as astigmatism, farsightedness, and nearsightedness. This feature would allow those users who wear glasses to not have to wear them when using Apple’s HMD. This application would be astounding for Apple Inc. as a majority of the users in today’s world have some vision correction.

Apple has been working on the latest version of Apple TV. They are redesigning the Apple TV Remote and updating the processor. The new TV remote will have a Find My-like feature present that will allow the user to track the remote lost in the house. The new and updated version of Apple TV will be released in 2021. As of now, Apple TV service is available in a few countries. However, you can still access the Apple TV content from anywhere via proxy service or VPN. ScreenBinge is a website that offers wide solutions to access geo-block content. And if you are wondering which VPN works best with Apple TV, you can find it on ScreenBinge’s Apple TV VPN guide.

The headset will not be connected to a computer but it’ll be connected to a box that uses a high-speed, short-range wireless technology called the 60GHz WiGig. The box will be composed of a custom-made 5 nanometer Apple processor.

Users won’t have to be bothered with installing special cameras in rooms to detect their locations as with some of the VR headsets.

A lot of stories have been going around that Apple is going to manufacture an electric car. Some say that it’s a hoax. However, according to one of the Apple analysts, Ming-Chi Kuo believes Apple is still planning on a fully autonomous vehicle rather than just building a sovereign car software. The launch of the electric car is said to be between 2023 and 2025.

Apple hasn’t given up on the wireless charging technology and is continuously looking for adding features to its devices. One such application in development is giving MacBooks and other iDevices the ability to charge other iDevices wirelessly like a charging pad.

With present-day technology, it will still be a while before a wireless charger is developed for laptops. About 40W of power would be dissipated as heat and released into the air. That is a lot of energy to be just wasted in the air.

Apple has arrived into the Smart Home Systems business a lot later when compared to Google’s Assistant and Amazon’s Alexa. Despite lagging behind its competitors, Apple took this cautious approach, avoided mishaps such as Google’s Retcon in 2019, and forgot about devices such as the Echo Tap portable speaker.

It’s been four years since the launch of Apple’s Home App. Using the Home app is much easier when compared to Google’s Assistant and amazon’s Alexa. You can schedule routines, voice control, and automation that are very similar between the big three voice-driven smart home platforms. You can schedule smart lights to turn on at certain times, make them switch off when you leave the house, which you can also do by using location tracking on your phone, and tell your voice assistant to toggle them anytime.

These features all work essentially the same way on all three platforms. However, setting them up for the first time is easiest via HomeKit.

Apple has been reportedly working on an accessory to help you locate lost items using your iPhone. This accessory would be similar to the Bluetooth Tracker Tile, in which small tags would be placed on the misplaced items and tracked through the iPhone’s “My Find” app.

Apple’s first Mac with an Apple Silicon chip is expected to be released by the end of 2020 but Apple has not provided a specific date yet. However, according to many resources, replacing the Intel chips with Apple Silicon chip will boost the performance as well as MacBook’s battery life.

There have been rumors going around that Apple has been working on developing a new iPad mini with a mini LED display. This would also be available for the new 8.5″ – 9″ inches size option. According to the rumors, the new iPad mini will be released in the upcoming year, 2021.

In this fast-paced world, we can not ignore the significance of technology. The technology era has become an integral part of our lives, it has brought about changes for better or maybe worse but we can not escape it. We need to embrace these advancements and learn how to function with them. In this day and age, one can not claim that they are better off without technology.