You are here: Home / Apple Inc / How Apple Will Revolutionize Television with iTV 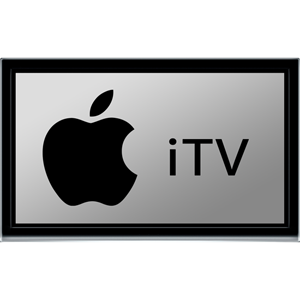 Apple is working on a television. You know it, I know it. Everyone is speculating about how Apple will make their TV a must-have.

I’ve figured it out. I know exactly how and why iTV will change television viewing forever.

According to his biography, Steve Jobs “cracked” the way Apple can create its own TV. Jobs was a man who wanted to change the world. He would not be satisfied with adding voice recognition and a slick interface to a flatscreen and slapping the Apple logo on it. He’d never settle for that. He was always adamant about Apple keeping its catalog small — to do a few products really well instead of a lot of products that are mediocre. So the TV would have to be revolutionary for him to justify doing it at all.

What did Steve Jobs dream up for the modern television?

I think he dreamed up a complete game-changer — not only in terms of hardware, but content as well.

Apple’s iTV will no doubt boast a combination of cool features, such as Siri-powered voice control, a touchscreen remote that reconfigures itself contextually based on what you’re doing, interactive viewing with “second screen” apps and the like, and a beautiful, elegant interface. But none of these are what Steve was talking about in that famous biography quote. Just as the iPhone changed how we think about telephones, just like the iPad changed how we think about portable computing, I believe iTV will completely change how we think about and use television. It will be a reinvention on a fundamental level. A massive paradigm shift.

So what is this killer, game-changing feature?

As in, you gain complete control over the shows and broadcasts you receive, when you receive them. And more importantly, you don’t get what you don’t want or need.

Right now, TV is stuck in radio mode, where we’re given little choice about what to watch and when to watch it. Why do we settle for TV broadcasts when the technology exists for a better, more efficient way? “Tuning in” is so 20th Century. These days, we want our content presented to us on our terms, on our timetable.

So for a small subscription fee, you’ll get entire seasons of your favorite shows. And nothing else. Put simply, what this means is no more cable. No more satellite. No more five hundred channels pumped into your home — when you only ever watch a dozen of them. No more channel surfing.

It makes perfect sense because it’s so similar to what they already do with iTunes — for music, movies, books, and even TV shows. iTunes wasn’t a success only because it made purchase-by-download a viable business. People also loved that instead of being forced to buy an entire album, they could pick and choose only the songs they wanted. iTunes was the first step; iTV is what you get when you follow iTunes to its logical conclusion.

Programming picked from a menu is not a new idea. It’s both simple and obvious. Yet the ramifications are staggering, representing a massive paradigm shift in how television works. And no one has been able to do it, because getting all of the major content providers and creators on board with something like this is a task that’s all but impossible. Until Apple became the world’s most valuable company, that is. Apple is in the unique position of possessing the money, the clout, and the power needed to convince TV networks and studios to release their content a la carte. If anyone can make it happen, it’s Apple.

Imagine instead of pre-paying for a “package” of 24-hour channels, iTV supplies you with a menu of available episodic TV shows. Everything from broadcast network shows (like Once Upon a Time), to cable shows (like The Walking Dead), to pay-TV programming (like Game of Thrones). Even non-TV programming could get in on the action, like the original shows being made now for Hulu, YouTube, and Netflix. You watch only what you want, without all the extra crap you have no interest in.

But what about nonfiction TV? Well, other types of TV viewing would require different kinds of subscriptions. There would be special subscriptions for news stations with twenty-four hour coverage, for example, and sports events, which are obviously meant to be watched live. These you would pay for in a “season package” just like fiction programming. News networks could be more like a monthly fee. But none of them would be expensive; Apple would have to keep rates down to be competitive with cable and satellite.

I imagine it would work like this: you “Preview” a show by downloading its first episode for free, and then pay to “Subscribe” if you want to keep going. As new episodes are broadcast to regular television, they’re also sent straight to iTV users, automatically downloaded and saved to the built-in flash storage. There, they’re kept until you watch and delete them. This bold new way of consuming TV content will be available only on Apple’s television. Make no mistake: we’re talking about a brand new ecosystem built to take on cable and satellite providers.

And naturally, iTV will easily interface with your other Apple devices, so you can watch subscription programming from your iTV on your iPad, iPhone, or Mac.

Another major benefit of paying a small subscription fee per show instead of per channel means that there would be less of a need for ad breaks. Some shows might still choose to air some ads to offset higher-than-average production costs, but for many shows, ads would be downright obsolete. If content creators payed their bills from viewer subscriptions, what would be the point of annoying those paying customers with advertisements? (I could even see this leading to television content becoming more cinematic, with a stronger narrative flow, since writers need not build frequent breaks into their stories.)

And consider this: Nielsen ratings would no longer be the deciding factor in what’s produced and what’s not. Much like it is for HBO and Showtime right now, it would be all about subscriber numbers. It already works this way for music and movies — we vote for what we want with our wallets — so there’s no reason TV couldn’t work the same way. The business model could take a page from Kickstarter and gauge interest in new shows from viewers by asking for “pledges” to subscribe to a new show if it gets enough such pledges and goes into production. Popular cult shows would see a serious boost from this more democratic means of doing things, while inexplicably popular mega-hits would be measured against better, more realistic rules. Personal circumstances, production studio politics, airings on certain nights of the week, shows getting shuffled around network schedules… None of these things would be a concern anymore.

Making all of this happen is no doubt an enormous challenge, since it goes without saying that TV content creators are wildly reluctant to take this kind of plunge. (This could account for why it’s taking Apple so long to bring iTV to market when there have been so many reports of working prototypes already existing inside Apple HQ.) But Apple is really good at finding ways of bringing other major players on board with them. They currently have content available in iTunes from every major TV content provider on the planet, after all. Still, I wouldn’t expect to see a full slate of TV shows available for iTV at launch. Remember that iTunes’ TV downloads launched with little more available than Disney-owned programs. But other studios jumped in when they saw how well it worked. Something similar will probably happen here.

A la carte TV viewing represents the same basic principle that the iTunes Music Store and iTunes Player do now. We choose the music we want to listen to, when we want to listen to it. We watch DVDs, Blu-rays, and digital movie downloads the same way, we play video games the same way, we read books the same way. Can you imagine only being able to read a book or listen to a CD at some arbitrary “broadcast” time chosen by the people that published it? Why should TV be stuck in the past, when other mediums are stepping into the future that’s plainly before us?

With iTV, your entire viewing experience will be transformed into an on-demand experience, exactly like all of your other content consumption. And it will come packaged in the kind of intelligent, elegant experience that only Apple creates. Oh, and there will probably be apps made just for iTV, too.

I’ve obviously thought about this a lot. Now I want to hear what you think. Did I hit the nail on the head? Or am I way off the mark?