You are here: Home / Apple Inc / 40 Years of Apple – Our Favorite Highlights 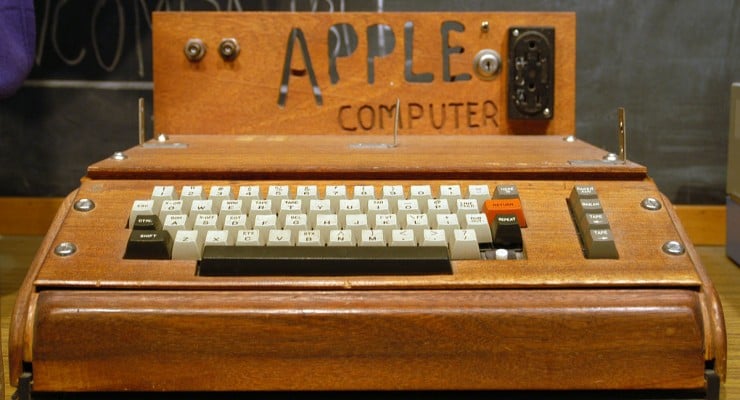 On this day in 1976, Apple was founded by Steve Jobs, Steve Wozniak, and Ron Wayne. Forty years – and millions of dollars – later, Apple has become one of the most reputable companies in the world (although its ratings have dropped in recent times).

As we commemorate Apple’s 40th anniversary, let’s take a look back at our favorite highlights of the company’s journey from its inception to present day. You may or may not remember these from the books, movies, and articles you’ve read, but here you go anyway.

Another baby of Woz, the Apple II was introduced.

Perhaps one of the most memorable things about the Macintosh is its TV commercial, 1984. Additionally, the computer was the first PC to be sold without a programming language. The revolutionary computer introduced a GUI and the use of icons was born. A flop it may have been, the Newton is recognized to be the ancestor of the PalmPilot (remember that?) and the iPhone/iPad.

When Apple released the iPod, the company changed the way we listened to music forever. You probably loved your Sony Walkman/Discman, but the iPod just crushed it.

What is there to say?

Last on this list is the device that has greatly impacted the way we consume information. While the iPhone can do practically everything the iPad can – and more – the tablet has its own allure. One has to admit, though, that with the iPhone getting bigger (although now smaller again), cannibalization is happening. Still, one cannot ignore just how much the iPad has become a part of our daily lives as well.

What are your favorite Apple highlights?