You are here: Home / Apple Culture / Are These the Worst Apple Products Ever? 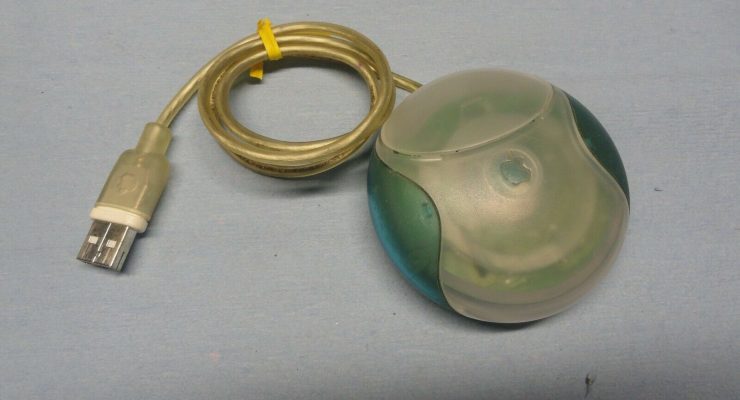 Apple is one of the leaders in the tech industry and rightfully so. Anywhere you look these days, somebody’s talking on an iPhone or working with a MacBook. However, there is no success without failure at first. After all, that’s where you learn and how you grow. The same concept applies to Apple.

Looking past its outstanding products today, Apple has also made some blunders along the way. Some of the products it launched weren’t as stellar and, truth be told, were terrible. Of course, there’s nothing more to do there but to learn from these poorly designed products and improve on the next ones.

In case you’re curious, here are some of the worst Apple products ever made. Probably the worst one on this list is the Apple “Hockey Puck.” It’s officially known as the Apple USB Mouse but if you look at the way it was designed, it didn’t look like a mouse at all. This mouse came with the original Bondi Blue iMac G3 and some thought that it was actually the worst part of this computer set.

For one, its shape was downright terrible in terms of ergonomics. It was circular in shape and very uncomfortable to hold. The mouse would rotate as you moved it and, because of its shape, would typically tip over if you pressed the button a bit too hard. Adding the fact that the cord was also too short, this was by far the worst-designed product by Apple. If you want a piece of history, check out eBay. While Apple is mostly known for its hardware, the company also dabbled in software through the years – good ones, actually. However, if there’s one that stood out – and not for good reasons – it was Apple eWorld. This one could be easily compared to America Online in terms of services. Yes, it was user-friendly and offered several features that its competitors couldn’t at the time. But it came at a hefty price.

How much, you ask? $8.95 per month. You might think, that’s not so bad. But here’s the catch: you only got two free weekends or nighttime hours. Otherwise, you’ll have to pay an extra $4.95 for every additional hour. What’s worse is if you wish to add hours in from 6 AM to 6 PM, the additional cost would be $7.95 per hour. It was just too much. Some people might argue that the Macintosh Performa x200 wasn’t that bad at all. Maybe it wasn’t, especially on paper. However, something had to be said about this device being underpowered. Add the fact that it was released around the time that Apple was gaining a bit of a reputation when it comes to that, this device certainly didn’t help.

For one, the device was sadly underpowered. Two, the design was made poorly, which resulted in ineffectiveness and inefficiency. It simply wasn’t the computer that you’d want to get for yourself, unlike the MacBook now. Apple II was known as among the best products that Apple ever launched. So you’d think that its successor would at least live up to its name, right? Sadly, the Apple III did poorly and couldn’t even raise a candle to its predecessor. What was the mistake in this one for it to perform at such a poor state, you ask?

It was the fans, or the lack thereof. Because the fans were removed for this version, the designers thought that maybe using a thinner material would make up for it. Boy, were they wrong. Not only was the thin material not enough to dissipate the heat, but the heat also consequently melted the computer, specifically the chips, literally.

While it wasn’t instant, they melted after using the computer even just for a reasonable period of time. So what did Apple do with this situation? They had to spend millions of dollars just to fix sold Apple IIIs. When the first generation of the iPod shuffle was launched, it was amazing. The design was excellent and everybody loved it. You’d think that a newer version would be an improvement but the iPod Shuffle 3rd Generation begged to differ. Yes, it was sold at a cheaper price, but at what cost? All the buttons on the device were gone.

What was left was a tiny device with a built-in clip. All the controls for the iPod Shuffle 3rd Generation were moved to the headphones. This meant that if you wanted to use this device, you had to buy Apple’s headphones as well. Either that, or you had to get a pair that was Apple-approved, which limited your choices. Plus, with that size for an iPod, it wouldn’t come as a surprise if you just suddenly lost it.

On to a more recent blunder, Apple launched the butterfly keyboard just a few years ago. It was dubbed as a revolution due to its thinness. It was expected to provide “a crisp and responsive feel when typing.” With this expectation in mind, a lot of Apple fans were excited.

So imagine the disappointment when it was found that this keyboard was actually loud and sticky. Add to that, a lot of issues also surfaced with the use of the butterfly keyboard. It was so bad that Apple had to launch a service program to address this problem. Thankfully, the scissor-switch keys are now back and you’ll never have to suffer typing again.