You are here: Home / AirTag / How to Use AirTag With Android 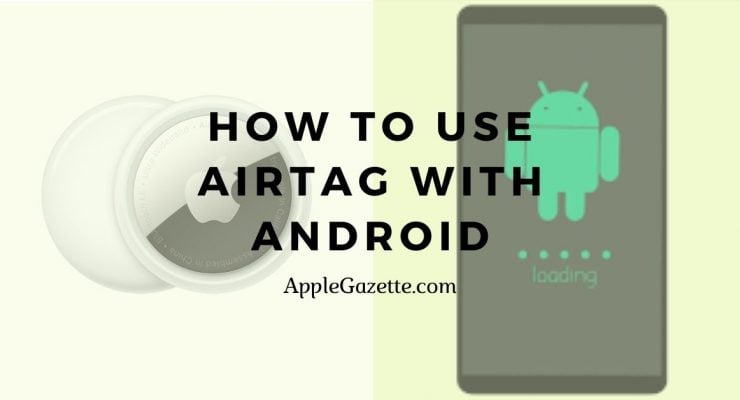 Just like all other Apple devices, the Apple AirTag is designed to work seamlessly within the Apple ecosystem. To be able to maximize the features of an Apple AirTag, you must use an iPhone or an iPad with it. What if you have an Android phone and you want to use AirTag with it?

Well, it depends on what you’re using it for. The AirTag primarily uses Bluetooth for you to be able to track it, and Bluetooth isn’t exclusive to Apple. So, in a sense, you should be able to use an AirTag even if you have an Android device, right?

To simplify the answer, an AirTag requires an iPhone or an iPad for the core function of tracking lost items. However, you can still use an Android in emergency scenarios. Why is this the case? Because you will need the Find My app in order to track an AirTag and the app is only available on Apple devices. On the other hand, the AirTag supports NFC, so if your Android phone has NFC support, then it can interact with an AirTag.

How to Use AirTag with Android

This is because every AirTag is equipped with an NFC chip, which can be read by both iPhones and Androids, as long as they have NFC support. How do you know if your Android phone is equipped with NFC? It is if you can use your phone for contactless payments. You can read the lost AirTag by placing it on or close to the back of your phone.

From that page, you’ll see if the AirTag is marked lost or in Lost Mode. If so, you’ll also find instructions on how to contact the owner of the tracker and how to give them their lost item. You may also hear the tracker making continuous sounds if it’s in Lost Mode. This is a feature that Apple made to help owners locate their items much faster.

The AirTag will automatically start beeping after a set period of time. At present, it will begin making noises once the tracker has been too far away from its owner for three days. You can disable the sound by tapping your Android phone on the tracker once you’ve figured out how to return it to the owner. If this doesn’t work, you might have to remove the cover and the battery of the AirTag to disable the sound.

Right now, there aren’t many ways that you can use an AirTag with your Android phone. As it’s a newly launched product, Apple is still making adjustments to how the AirTag will work best to suit its clients’ needs. There may be developments in the future to allow Android users to fully maximize the AirTag, but this isn’t guaranteed.

Still, it’s great to know that you won’t be limited in helping other people locate their items with an AirTag no matter what brand of phone you’re using. As long as it has NFC support, your phone will still be able to interact with an AirTag, albeit limited for now.