You are here: Home / Ads / Every Apple TV Ad Ever Made 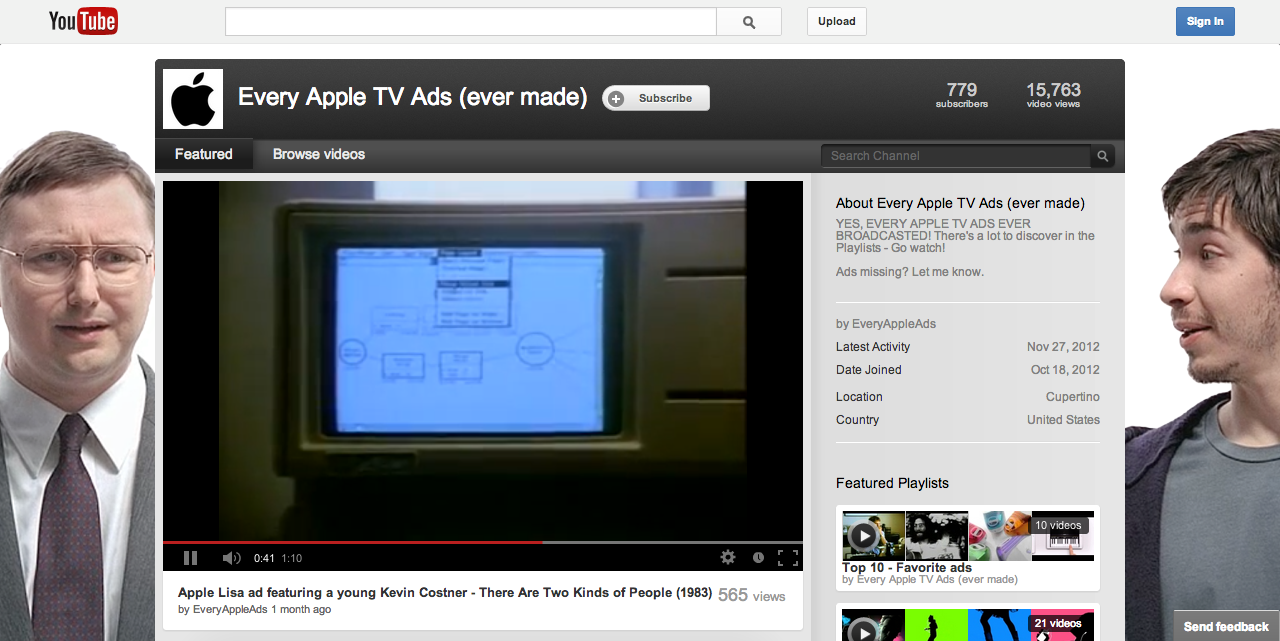 You’ve got to hand it to the Apple marketing team. They sure know how to capitalize on the worth and attractiveness of their products, and they don’t pull any punches when it comes to that. Sure, they have had a silly ad or two (I won’t say that the relatively recent genius ad is one of them), but in general, Apple TV ads are a cut above the rest.

How many Apple TV ads have you actually seen? If you’re a recent convert, then you might not need all your fingers to count them. If you’re like this guy who created the YouTube channel EveryAppleAds, however, then you probably need a little time to rattle off every Apple TV ad you’ve seen. You might even be able to narrate what happens in each ad.

If you can spare some hours today, then I suggest heading over to the Every Apple TV Ad YouTube channel, where you can feast your eyes on 485 Apple TV ads. Of course, not everyone has that time, and even if you could make the time, you’d probably be caught out at work. Streaming and bandwidth, you know.

Take a trip down memory lane, and I mean doooown…

Get a Mac US Campaign

Including ads from Japan. That ought to be interesting!

What or who is Newton to you? Answer that first and then watch this playlist. Be prepared for 90s awesomeness!

I loved this campaign, and apparently, every other copyright infringer did/does, too. From bags to shirts we have seen a lot of silhouette designs copied from this campaign. Here are some really fun ads to watch while you reminisce about your first ever iPod.

What is power? In these Apple ads, the statement is completed by select personalities.

I can go on and on how Apple products ultimately cost less, but just watch these videos.

The iconic iMac, when it was launched, truly changed the world. And here are the ads which launched it.

Even celebrities got into the Apple hype, and who could blame them? Spot your favorite celebrity endorsing your favorite gadgets.

We were all stricken to one degree or another when Steve Jobs passed away. The emotions were intense all over the world, but life does go on. Even for Apple.

Want more? There is more. Lots more. Every Apple TV Ad Ever Made on YouTube.