You are here: Home / Accessories / Giveaway Alert! POLAR Pen – Modular Pen and Stylus Made From Magnets 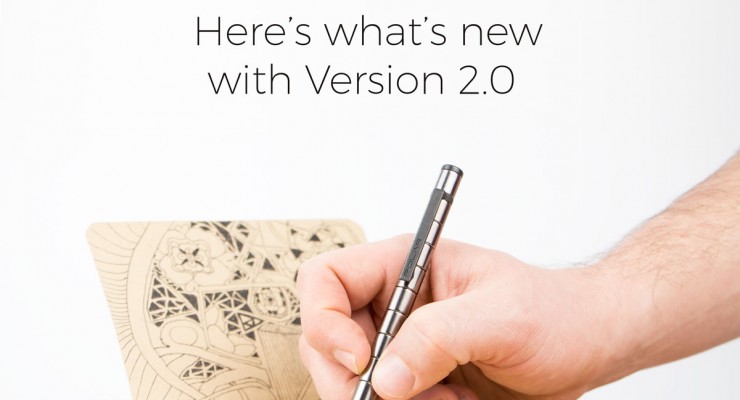 Not another “pen and stylus in one” thingamajig…that’s what you may be thinking right now. But, hear me out and keep reading. I promise you that you’ll see cool stuff going on in a little bit.

So, obviously, we’re running a giveaway this week, with three POLAR Pens up for grabs.

But what are Polar Pens? Why should you care?

If you’re a stylus lover, then you’ll want to take your experience to a different level. If you’re not into using a stylus, you just might change you mind.

Polar Pen was designed by Canadian designer and entrepreneur Andrew Gardner. His love story with magnets – and pens, can you believe that! – started in his youth, and as his bio says, “teachers often referred to Andrew as a pen mechanic because he was always taking apart his pen along with other things. He also has a passion for magnets.”

I guess we can say those were the roots of POLAR Pen, which is totally different from the other pen and stylus models in the market today. It is functional – it does what you expect it to do – but it does so with style.

Because the pen uses modular magnets, you can create various lengths and shapes, allowing you to make use of your POLAR Pen in ways ordinary pens can’t.

I’ll let this unique pen and stylus speak for itself.

Is that cool or what? Imagine all the things you can do with those magnetic modules.

Even I, who doesn’t really use a stylus, want one now! I can almost hear a POLAR pen saying “Beat that!” to the stylus/pen that guy at the other table in Starbucks…

Don’t tell me you’re not enticed as well, or at the very least, intrigued. So, we’re giving everyone a chance to get hold of a POLAR pen.

Learn more about POLAR pen via:

We’re giving away three POLAR pens. You just have to follow the instructions in the widget below.

The giveaway starts today, May 9 and ends on May 15. The winners will be announced on May 16.