You are here: Home / Accessories / PlayStation 5 vs. Xbox Series X – Which Is Better for the Apple User? 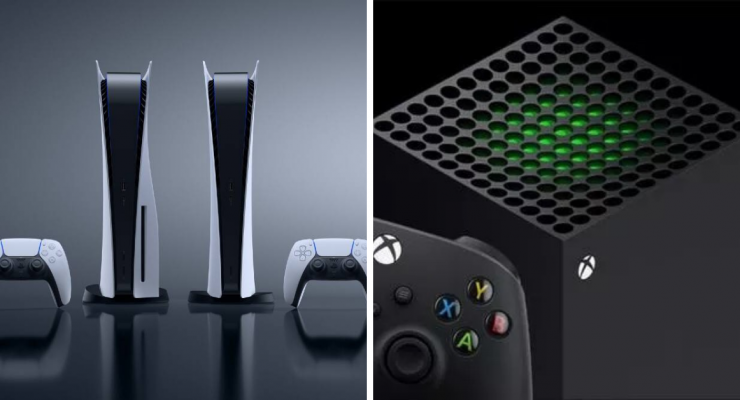 The PlayStation 5 and the Xbox Series X have finally arrived, at last! Now comes the question, which one is better? Each platform certainly has its own pros and cons and it’s something that an Apple user has to weigh in, especially if they own an iPhone, iPad, or Mac.

Sony and Microsoft’s console divisions do not have any direct relations with Apple. Still, these divisions must somehow consider how their platforms will work in different devices, as they use mobile apps for certain features. It could be to manage game libraries, enable in-game chat, and allow purchases. Hence, this consideration is essential in the lives of console gamers.

These latest consoles are designed to incorporate everything that both companies have learned since their last release. If you’re an Apple user and you’re torn between the PlayStation 5 and the Xbox Series X, this article can hopefully help you decide which is the best one for you. Starting off with the PlayStation 5, Sony released two models, namely, the standard console and the Digital Edition. In terms of performance capabilities, they do not differ at all. The only distinction you’ll see is the disk drive, wherein the Digital Edition doesn’t have any. This makes the latter thinner and lighter, but not that much different. The PlayStation 5 features 4k gaming at 120Hz.

You can use the PlayStation app for socializing while playing games. The app enables you to send and receive text and voice messages and even join games. You can also create parties through the PlayStation app. However, you won’t be able to view or share media through this app. Still, you can use it to see your and your friends’ trophy list. If you’re looking for someone to play with, you’ll get to see who’s online in the app as well as what they’re playing.

If you want to try remote gaming, PlayStation actually has a separate app dedicated just for that on iOS. You can use the PS Remote Play app when on the same network as your PlayStation. The app has on-screen touch controls that are optimized for the display. Still, connecting a controller would be much better and give you an elevated gaming experience.

While the Sony Dualshock 4 for PS4 is compatible with iOS13 and later, the company has still yet to announce the Dualsense controller compatibility for PS5. One could only expect that a future update will come soon enough. For now, you can pair your PlayStation controller when playing on your iPhone or iPad. The Dualshock 4 works best with the PS Remote App so the connected button should work properly and seamlessly. For the Xbox Series X, it currently serves as Microsoft’s flagship model that supports 8K HDR gaming and 2160p at 120Hz. Plus, it comes with a disk drive unlike Sony’s PlayStation 5 Digital Edition.

The Xbox app enables users to socialize and manage their Xbox console remotely. Aside from finding games that you can purchase and download, you can also create party chats through the app so you can talk to your friends while playing games. It also allows you to manage your download list.

If you’re setting up your console for the first time, the Xbox app can help you with that by just pairing it on your local network. The same thing can be done for consoles that are already set up. Apart from being able to see the photos and videos that you’ve captured from your games, you can also play remotely through the app. It’s an app feature called Remote Play that enables users to mirror their Xbox onto their Apple device and play over the network.

However, do note that doing this may cause your games to lag and lose quality. Still, it’s great to have this option in case you want to try it. You can also see your screenshots as well as in-game video recordings through the app. Plus, you can also share it straight to your social media.

The main purpose of the Xbox Game Pass app is to enable users to check out different games and download them straight to their Xbox console. Now, you might ask, the Xbox app can do it as well, so what’s the difference? The difference is that the Game Pass app is meant for browsing the content of the service. It’s a subscription that allows access to a vast catalog of old Xbox games as well as exclusives.

Furthermore, the app also features games that are already on iOS. It is possible to one day allow users to download and even stream versions of these games straight to their iPhones or iPads. However, Apple has two specific conditions to allow gaming subscription services to iOS, which are:

There are still no updates regarding this matter, so stay tuned for that.

If you’re a parent and you’re concerned about the games that your child is playing, the Xbox Family Settings app really comes in handy. This app allows parents to be able to remotely manage and control kids’ Xbox. It’s kind of like Apple’s Screen Time feature. Parents can put in time limits and even impose requests for access. Plus, you’ll get to see activity reports and control how long a certain game can be played. There’s also added security, as you can control who your kid can talk to as well.

Thankfully, the Xbox controller has already been added to the list of supported controllers for iOS 13 by Apple. As for the Xbox Series X controller, it comes in a new design and also has Bluetooth so you can pair it easily with devices. For Apple compatibility, Apple has yet to issue an update.

With these features in mind, have you already decided which one you’re going to get? Comparing the two, you can say that the PlayStation app experience is more limited compared to the Xbox app. Nonetheless, it still contains the essential features that you need for that good gaming experience. It allows for remote gaming, in-app voice chatting, and game library management.

While this should be enough for most gamers, one can still argue that Xbox still has the upper hand. For one, it offers better social features and even allows you to share your files on social media. In addition, the system management within the app can be considered to be more comprehensive. Plus, it’s also family-friendly and even has an app dedicated to it.

Whichever console you decide to purchase, there shouldn’t be a problem using it with your Apple devices. You’ll get a greatly integrated gaming experience while also being able to manage your console remotely and chat with your friends and game buddies.