You are here: Home / Accessories / Charge Your iPhone Faster With the Kwik Magnus Cable – Oh, and Magnets 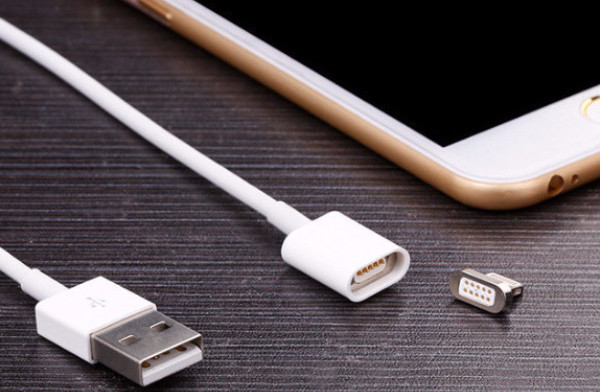 I love the long battery life of my iPhone 6 Plus, but a day outside with LTE on all the time does take its toll. Okay, playing Cooking Dash or some other game doesn’t help, I admit.

And, while there is such as thing as a portable charger, having a dead – or almost dead – phone is still not an uncommon scenario. That’s a pain the butt because it can take a while for the phone to charge, and that just doesn’t work for us. We’re the instant generation after all.

So, where does that leave us?

I say it’s all about common sense and vigilance. Make sure you’ve always got enough juice before you go out. And always pack a charger or two with you.

Check out BOLT 2 and Lifecard, which is about the size of a credit card.

But what about when you get home and want to charge your phone really quick?

Enter the Kwik Magnus Cable. (See what they did there?)

Technically, it’s not a charger but a cable. What it does, though, is allow you to charge your iPhone faster than usual.

The idea of fast charging is not unique to Kwik. In fact, many devices have built-in capabilities for quick charging. These devices differ from the regular ones in that the power regulator can allow more juice to flow in without damaging the battery.

This is what Kwik takes advantage of.

It is important to note, though, that only the iPhone 6, 6S, 6 Plus, and 6S Plus have this feature.

That being said, Kwik is a pretty cool solution to impatient iPhone users.

Got only 30 minutes before you need to go? Woke up late and forgot to charge your phone?

No matter the reason may be, Kwik will take one reason to be irritated away.

Oh, and did I say magnets? Take a look.

I think I can live without fast chargers, to be honest with you, but this magnetic thing…hard to resist.

Get your Kwik cable here.